As 2011 progresses, experts are hinting at a better climate for the economy, employment and even salary negotiations. Recent surveys indicate a growing number of employers are concerned that their top talent might leave when the economy improves. The result: More employers are willing to negotiate on salary than they have been since the Great Recession.

If you’re looking for a raise at your current gig, or hoping to get more out of a salary negotiation with a new employer, you may have more leverage in 2011 than 2010 and the preceding two years. 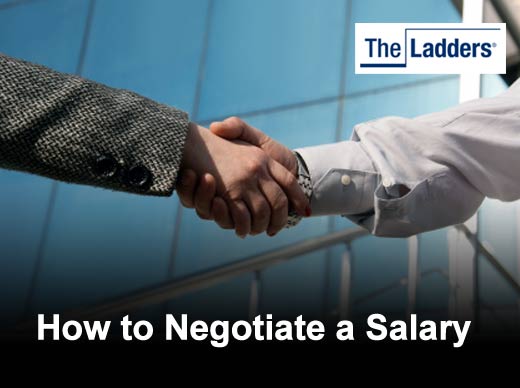 Click through for six salary negotiation tactics from The Ladders. Find out whether your firm or the new company is growing and optimistic, said Michael Crom, chief learning officer at Dale Carnegie Training. If your company is just keeping its head above water, he notes, asking for a raise or pressing the hiring manager to increase the starting salary might not be realistic. You must have a history of adding value to your employer, such as saving the company a significant amount of money or increasing its visibility, said Debra Benton, an executive coach based in Fort Collins, Colo. Collect an e-mail portfolio of compliments from vendors, peers, colleagues and customers, as well as documents showing what you have done to make or save the company money — and provide the paper trail to your boss the day before your performance review, said Danny Cahill, president of Hobson Associates, a recruiting firm in Connecticut. “Be gutsy and say, ‘Based on what is in that portfolio, is it fair to say I deserve a raise?’” Cahill explains. 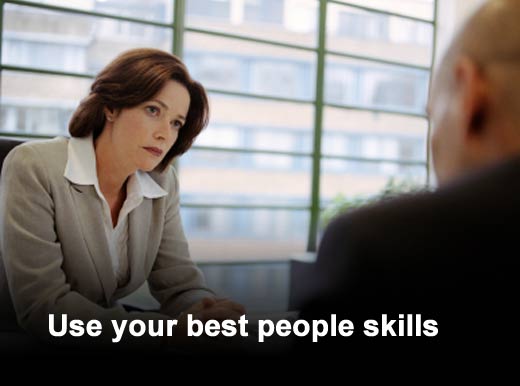 “Don’t get emotional or confrontational in any way. Don’t put the boss in a place where she will lose face,” Crom said. It’s important that you be genuinely interested in your boss and try to see things from her point of view, he said. Crom said role-playing beforehand will help you avoid getting emotional during the actual talk. Consider what your boss would say, what objections he might have regarding a raise, and how you would handle it in a professional and positive way, Crom explains. “How we respond to an objection could make all the difference in whether or not we get a raise,” he said. When interviewing for a new job, inquire about the salary range for the position before someone asks what salary you want, said Benton. For example, if you’re currently making $40,000 and the range for the new position is $50,000 to $70,000, then you’re in the range, she explains. “I suggest bringing up anything uncomfortable to talk about, and money is uncomfortable,” she said. If you’re in the running for a job where the employer has listed the salary range at $130,000 to $180,000, don’t be miffed if they offer you less than $180K, Cahill said. If you’re currently earning $135K, and the employer offers you $150K, “you should be thrilled,” he explains, because companies typically look at what you’re earning, and offer that salary plus eight to 10 percent.