Why SMBs Should Consider VPNs for Secure Network Access

Small to midsize businesses (SMBs) are mostly concerned with making money from their services or products, so IT solutions may be outsourced or just not as high on the list of priorities. Because of this, many SMBs don’t have the resources (monetary or staff wise) to provide dedicated IT staff for more than just keeping up internal networks and maintaining desktops and maybe a few servers. So they may not provide secure access to their networks for employees who travel or need data access from outside of the company walls, but it’s important that they understand what’s at risk.

In an interview with Julian Weinberger, director of systems engineering for NCP engineering, a leading company in remote access VPN solutions, he explained that the workforce for all businesses, not just in the enterprise, is becoming more mobile. The most important thing that any company can do to prevent an attack on its network is to secure not only the devices, but also the network itself.

SMBs may not see the need to provide a budget for such a security solution, though, Weinberger explained:

They don’t have the resources to have… cybersecurity professionals or groups on staff, so most of the time they don’t provide a really good defense against attackers. For example, small grocery stores or restaurants that have these iPads in place to scan your credit cards. Of course, they have to somehow secure these devices. But the problem has been that most services or solutions have been too expensive for these smaller businesses… This has been the challenge for SMBs.

Of course, security vendors, they would like to target the enterprise market because there is more of a budget and resources available than with small to medium businesses. It’s unfortunate, in my opinion, because we also need to support smaller businesses, as well.

Weinberger says that hackers have begun targeting SMBs because they are often easier to attack due to their lack of cybersecurity efforts. His advice to SMBs is to “be more secure than your neighbor.” In other words, don’t be the easiest to attack and this may cause hackers to move on to the next business that is easy to breach.

Also, from a monetary standpoint, SMBs may not need an entire intelligence solution, says Weinberger. He recommends they consider security basics: a firewall, sufficient username and password security measures, virus scanning software and encryption. A VPN gateway with a client such as NCP’s VPN client encrypts traffic passing from user devices that are outside of the company—notebooks, smartphones or tablets—where a username and password is used to authenticate the person for access to the company network. Once authenticated, all traffic passing back and forth through the VPN is encrypted. So even if someone was nearby trying to “sniff packets” of data passing through, the data would be safely encrypted. This works great for restaurants where management and company networks can be encrypted while the business provides open Wi-Fi for customers. 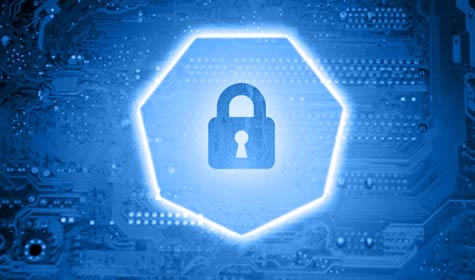 Weinberger also said that NCP’s VPN solutions are not available straight to SMBs. They have been adopted by value-added resellers, who in turn provide the service to SMB clients. In this way, SMBs don’t have to provide dedicated staff to secure their data—the reseller becomes a “trusted partner, an expert.”

Elizabeth Flammini, director of marketing for NCP Engineering, added that it’s important for all businesses to see that VPNs are not just for the enterprise:

It’s almost not so much a function of the size of the company; it’s any company, regardless of its size. It could be a small company or a huge enterprise, but any time you have users that are remote, that could be… sales reps or field workers… any time they need to access corporate resources which may be stored or accessed via a corporate server, you’re going to want those users to only be able to access that information if they have a secure connection. And that’s where a VPN comes in.

Secure data access from just about anywhere—that’s what’s important for today’s businesses, and it’s also the reason why VPNs are becoming more prevalent among SMBs.