UI Is a Big Challenge for Mobile Developers

A Progress Software survey of 3,000 IT professionals and developers suggests that despite the rising interest in mobile apps among both consumers and enterprises, mobile application developers are jumping onto the bandwagon more slowly than expected, according to eWeek.

The user interface is a problem:

Nearly half (44 percent) of developers find user experience to be the most important part of the app, and the most challenging aspect of app development is user interface (UI) and developing for multiple platforms (36 percent).

Developers don’t want to build apps that won’t be used, and substandard UIs make that a possibility. Other issues slowing developer buy-in are changing technology and development practices (16 percent), lack of time (19 percent) and lack of tools (15 percent).

A New Era in Cable

LightReading’s Mari Silbey suggests that the announcement that CableLabs is beginning the certification process for Data Over Cable System Interface Specification 3.1 (DOCSIS 3.1) equipment means that things will start moving quickly:

Silbey looks at where the major vendors and chipset makers are and finds that the speed of cable’s coaxial cable-based networks, copper (through constant improvements in DSL technology), fiber and wireless are all accelerating. The winners, of course, are vendors and end users.

Hear the One About the Doubling of the Voice Recognition Market?

Tractica found that the popularity of voice recognition in mobile device is greatly increasing the size of the sector. The study found that native speech recognition in such devices will grow from 45 percent of devices last year to 82 percent in 2020.

WirelessWeek said that varied uses, including traditional applications like hands-free use along with innovation approaches such as virtual digital assistants (VDAs), always-on interfaces and voice print identification are all expected to contribute to the growth.

Drones are going to change business significantly during the next few years.

The depth of the drive toward the use of drones is evident in Intel’s $60 million investment in the aviation firm Yuneec that was announced this week. Yuneec, based in Hong Kong, specializes in airplanes, helicopters and electric-powered micro-copters. One of its best known products is the Typhoon Q500 quadcopter, which ZDNet describes as an “out-of-the-box Android-based drone” that has a 1080p camera, a 5.8 GHz long distance real-time digital video link and a 2.4 GHz radio control transmitter. 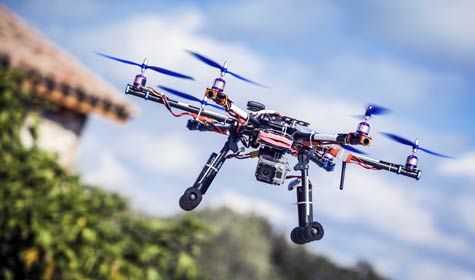 Pam Baker, the author of “Data Divination: Big Data Strategies,” discussed the great changes that 3D printing will bring to business in general and IT in particular at InformationWeek.

According to Baker, this technology is transformative, and it isn’t going away:

Additive manufacturing, aka 3D printing, is not a toy or a passing fad. It already has muscled its way into manufacturing, R&D, and medicine. It is set to seriously disrupt several industries, including logistics, warehousing, shipping, and retailing. In fact, the technology is poised to create havoc when it comes to protecting intellectual property, and the fallout will land squarely at the feet of IT professionals.

Baker suggests that IT departments work to avoid being blindsided by the move of 3D beyond the small niches that it has occupied to date. 3D printing isn’t a limited technology or a parlor trick: It is a substantial business that will transform a variety of industries.

An example of the importance of preparation for this paradigm is the intellectual property realm: 3D printing can be used to flood markets with counterfeit products. Companies must prepare to fight back against such attempts.