While still in its infancy, the Internet of Things (IoT) has a full head of steam and shows no sign of slowing any time soon. From data center monitoring to HVAC and building maintenance to supply chain management and home automation, the connectivity and tracking possibilities are endless. Given the massive amounts of data that IoT will be adding to an already overloaded data stream, organizations will need to ensure they are well positioned to manage the very broad impact IoT will have on business strategy, risk management, as well as a wide range of technical areas like architecture and network design.

“The IoT demands an extensive range of new technologies and skills that many organizations have yet to master,” said Nick Jones, vice president and distinguished analyst at Gartner. “A recurring theme in the IoT space is the immaturity of technologies and services and of the vendors providing them. Architecting for this immaturity and managing the risk it creates will be a key challenge for organizations exploiting the IoT. In many technology areas, lack of skills will also pose significant challenges.”

This slideshow features the top 10 IoT technologies Gartner has identified that should be on every organization’s radar for 2017 and 2018. 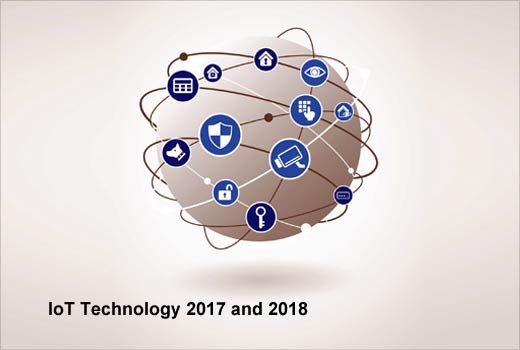 Click through for the top 10 IoT technologies Gartner has identified as critical to successful IoT navigation over the next two years. 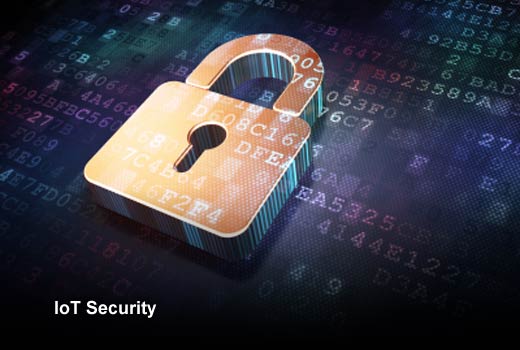 The IoT introduces a wide range of new security risks and challenges to the IoT devices themselves, their platforms and operating systems, their communications, and even the systems to which they’re connected. Security technologies will be required to protect IoT devices and platforms from both information attacks and physical tampering, to encrypt their communications, and to address new challenges such as impersonating “things” or denial-of-sleep attacks that drain batteries. IoT security will be complicated by the fact that many “things” use simple processors and operating systems that may not support sophisticated security approaches.

“Experienced IoT security specialists are scarce, and security solutions are currently fragmented and involve multiple vendors,” said Mr. Jones. “New threats will emerge through 2021 as hackers find new ways to attack IoT devices and protocols, so long-lived ‘things’ may need updatable hardware and software to adapt during their life span.” IoT business models will exploit the information collected by “things” in many ways — for example, to understand customer behavior, to deliver services, to improve products, and to identify and intercept business moments. However, IoT demands new analytic approaches. New analytic tools and algorithms are needed now, but as data volumes increase through 2021, the needs of the IoT may diverge further from traditional analytics. 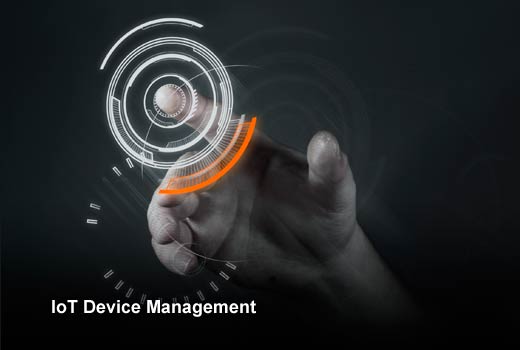 Long-lived nontrivial “things” will require management and monitoring. This includes device monitoring, firmware and software updates, diagnostics, crash analysis and reporting, physical management, and security management. The IoT also brings new problems of scale to the management task. Tools must be capable of managing and monitoring thousands and perhaps even millions of devices. Traditional cellular networks don’t deliver a good combination of technical features and operational cost for those IoT applications that need wide-area coverage combined with relatively low bandwidth, good battery life, low hardware and operating cost, and high connection density. The long-term goal of a wide-area IoT network is to deliver data rates from hundreds of bits per second (bps) to tens of kilobits per second (kbps) with nationwide coverage, a battery life of up to 10 years, an endpoint hardware cost of around $5, and support for hundreds of thousands of devices connected to a base station or its equivalent. The first low-power, wide-area networks (LPWANs) were based on proprietary technologies, but in the long term emerging standards such as Narrowband IoT (NB-IoT) will likely dominate this space. The processors and architectures used by IoT devices define many of their capabilities, such as whether they are capable of strong security and encryption, power consumption, whether they are sophisticated enough to support an operating system, updatable firmware, and embedded device management agents. As with all hardware design, there are complex tradeoffs between features, hardware cost, software cost, software upgradability and so forth. As a result, understanding the implications of processor choices will demand deep technical skills. Traditional operating systems (OSs) such as Windows and iOS were not designed for IoT applications. They consume too much power, need fast processors, and in some cases, lack features such as guaranteed real-time response. They also have too large a memory footprint for small devices and may not support the chips that IoT developers use. Consequently, a wide range of IoT-specific operating systems has been developed to suit many different hardware footprints and feature needs. Some IoT applications will generate extremely high data rates that must be analyzed in real time. Systems creating tens of thousands of events per second are common, and millions of events per second can occur in some telecom and telemetry situations. To address such requirements, distributed stream computing platforms (DSCPs) have emerged. They typically use parallel architectures to process very high-rate data streams to perform tasks such as real-time analytics and pattern identification. IoT platforms bundle many of the infrastructure components of an IoT system into a single product. The services provided by such platforms fall into three main categories: (1) low-level device control and operations such as communications, device monitoring and management, security, and firmware updates; (2) IoT data acquisition, transformation and management; and (3) IoT application development, including event-driven logic, application programming, visualization, analytics and adapters to connect to enterprise systems. 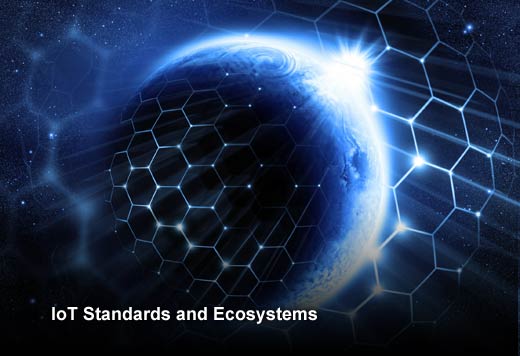 Although ecosystems and standards aren’t precisely technologies, most eventually materialize as application programming interfaces (APIs). Standards and their associated APIs will be essential because IoT devices will need to interoperate and communicate, and many IoT business models will rely on sharing data between multiple devices and organizations.

Many IoT ecosystems will emerge, and commercial and technical battles between these ecosystems will dominate areas such as the smart home, the smart city and health care. Organizations creating products may have to develop variants to support multiple standards or ecosystems and be prepared to update products during their life span as the standards evolve and new standards and related APIs emerge.