Back in the 1980s, every year began with the same prediction: The year at hand will most certainly be "The Year of the LAN." Anybody who was in the IT business back then will tell you that the co-called Year of the LAN stretched out to cover the entire decade. The same phenomenon now seems to be taking place with unified communications.

With each passing year, pundits declare that the current year is most certainly is going to be marked by the mainstream adoption of unified communications. A new survey of 600 IT and business executives that was conducted by CompTIA finds that while there is a significant amount of interest in, and actual adoption of, unified communications, network bandwidth issues appear to still be limiting adoption.

The simple fact of the matter is that a lot of companies have not upgraded their network infrastructure in recent years, which makes adoption of latency-sensitive unified communications applications problematic. The good news, says Seth Robinson, director of technology analysis for CompTIA , is that as the economy steadily improves, more network upgrades are starting to happen, which in turn creates the foundation for unified communications.

Regardless of what unified communications technologies customers seem to be deploying in a piecemeal fashion, the one thing that the CompTIA survey respondents appear to be in agreement on is that whatever unified communications services they opt to deploy, there is a crying need for better integration with their email systems.

There’s no doubt that existing networking infrastructure is a big concern. That doesn’t mean that unified communications won’t find their way into the enterprise one way another in the months and years ahead. But one thing that is for certain is that it’s unlikely that any of this communication is going to be truly unified until the next generation of network infrastructure is in place to make it happen. And the rate at which those network upgrades will take place in the years ahead is going to vary widely from company to company, which means that instead of thinking in terms of "The Year of Unified Communications," we should probably be thinking more in terms of the next decade of unified communications. 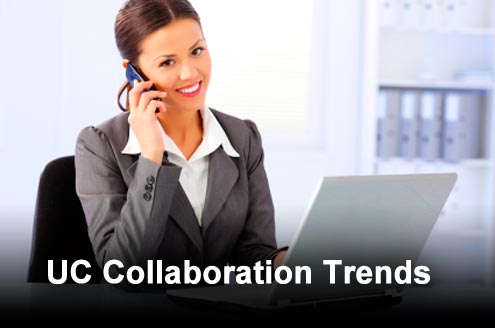 Click through for results from a CompTIA survey on unified communication and collaboration market trends. Interest in UC is growing steadily. Most say they understand the core concepts. 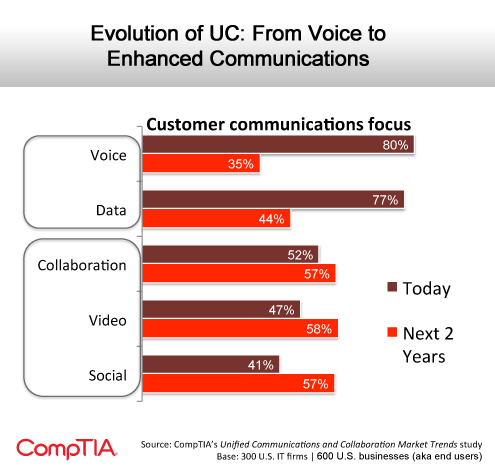 The evolution of UC is a multi-year process. No one technology dominates. 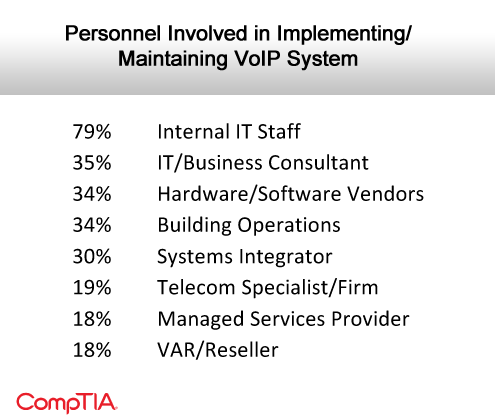 Most work done on premise. Infrastructure is still a major issue. 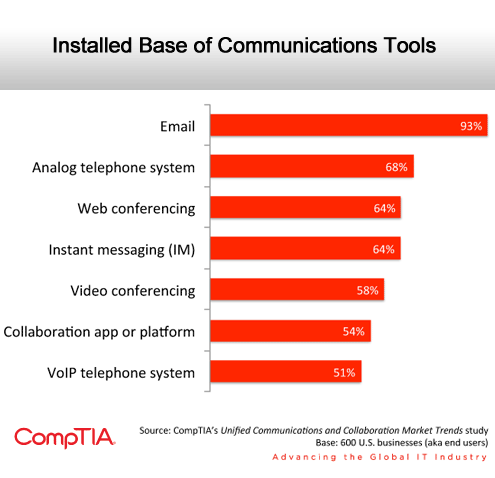 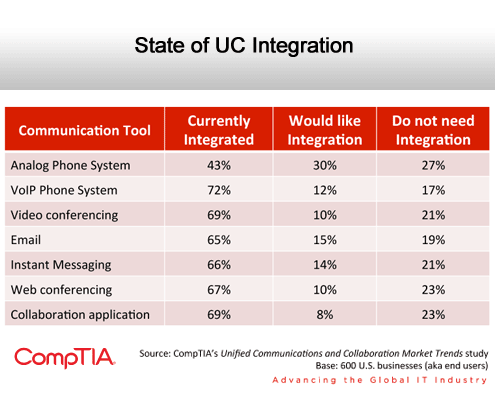 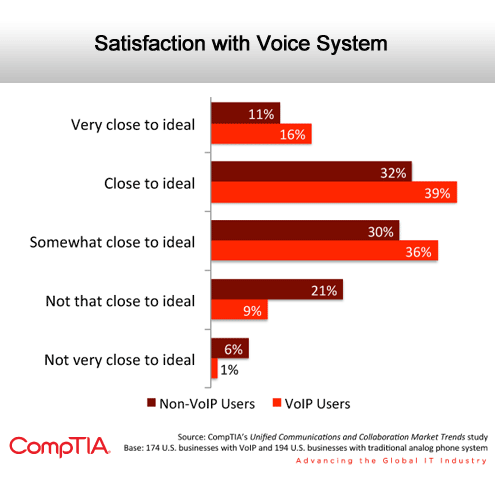 Lots of video usage in one form or another. Has more to do with productivity. Email is still at the center of the collaboration universe.