2014 was by far one of the worst years for cybersecurity exploits in history. It seemed that news outlets were reporting a new major data breach every few days. And while breaches affecting Target, Home Depot, Sony and others grabbed the headlines, organizations across the world were being attacked on a continual basis. McAfee Labs reported in December that during the third quarter of 2014, it had detected more than 307 new threats every minute, or more than five every second, with mobile malware samples growing by 16 percent, and overall malware surging by a whopping 76 percent year over year.

So what can we expect in 2015? McAfee Labs predicts that malicious parties will focus on extended targeted attack campaigns, and will become more aggressive in their efforts to identify application, operating system, and network vulnerabilities – while working to break through the limitations of sandboxing technologies.

“The year 2014 will be remembered as ‘the Year of Shaken Trust,'” said Vincent Weafer, senior vice president, McAfee Labs, part of Intel Security. “This unprecedented series of events shook industry confidence in long-standing Internet trust models, consumer confidence in organizations’ abilities to protect their data, and organizations’ confidence in their ability to detect and deflect targeted attacks in a timely manner. Restoring trust in 2015 will require stronger industry collaboration, new standards for a new threat landscape, and new security postures that shrink time-to-detection through the superior use of threat data. Ultimately, we need to get to a security model that’s built-in by design, seamlessly integrated into every device at every layer of the compute stack.”

This slideshow features the top nine security trends McAfee has identified for 2015. Click through for the top nine security trends for 2015, as identified by McAfee Labs. Increased use of cyber warfare and espionage tactics. Cyber espionage attacks will continue to increase in frequency as long-term players will become stealthier information gatherers, while newcomers to cyber attack capabilities will look for ways to steal sensitive information and disrupt their adversaries. Greater Internet of Things attack frequency, profitability, and severity. Unless security controls are built in to their architectures from the beginning, the rush to deploy IoT devices at scale will outpace the priorities of security and privacy. This rush and the increasing value of data gathered, processed, and shared by these devices will draw the first notable IoT paradigm attacks in 2015. 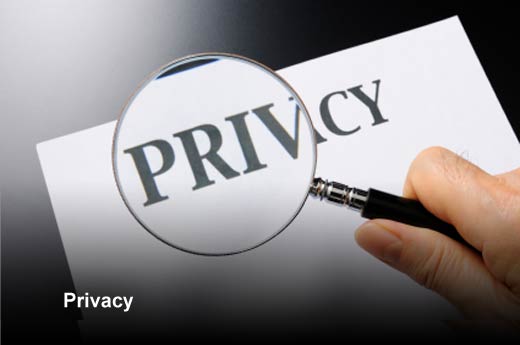 Privacy debates intensify. Data privacy will continue to be a hot topic as governments and businesses continue to grapple with what is fair and authorized access to inconsistently defined “personal information.” Ransomware evolves into the cloud. Ransomware will evolve its methods of propagation, encryption, and the targets it seeks. More mobile devices are likely to suffer attacks. New evasion tactics for sandboxing. Escaping the sandbox will become a significant IT security battlefield.