This month’s Patch Tuesday aligns with Januarys of past … issuing a low number of Microsoft patches and giving IT a reprieve to start the year. We have just four new bulletins this month covering six CVEs. None of the bulletins are rated critical and only one bulletin was known to have active exploits prior to today’s release. According to Russ Ernst, director, product management, Lumension, after you deploy the few needed patches this month, you likely will need to turn your attention to Adobe as well as Oracle’s quarterly security updates, however. They announced that they will release 144 new security vulnerability fixes for hundreds of products. 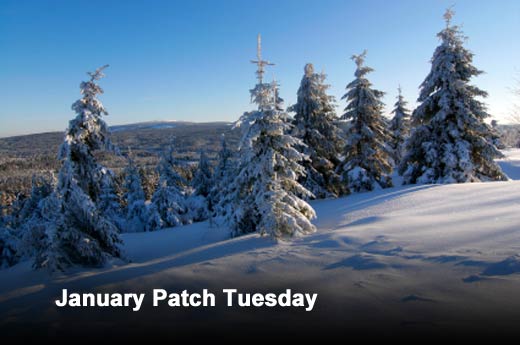 Click through for a rundown of this January’s Microsoft patches, as identified by Russ Ernst, director, product management, Lumension. First on your list of Microsoft priorities should be MS14-002, which is a patch for the elevation of privilege vulnerability discovered in late November with active exploits against Windows XP and Windows Server 2003 users. This bulletin addresses one CVE and has only been seen used in conjunction with a vulnerability in Adobe Reader and Acrobat that was patched in May as part of Adobe Security Bulletin APSB 13-15. This was typically exploited by an attacker sending your user a spear phishing email with a bad Adobe link. Once clicked, that attacker could then gain administrator access to the machine. Keeping your Adobe applications fully patched will mitigate this vulnerability, but it’s important to apply MS14-002 as a defense in depth.

MS14-002 replaces Security Advisory 2914486. This bulletin is only given a severity of “Important“ for a variety of reasons, including the fact that Microsoft will end support for XP in April. If you’re still using XP, this will be an important patch to deploy. And, hopefully, you are working on your platform migration plan. Second on your list of priorities should be MS14-001. It’s a vulnerability in Office that could allow a remote code execution and it covers three CVEs. While there are no known active attacks, the vulnerability has an exploitability index of one, meaning exploit code is likely within the next 30 days. This bulletin is applicable to all currently supported versions of Microsoft Word on Windows. Microsoft Office for Mac is unaffected. 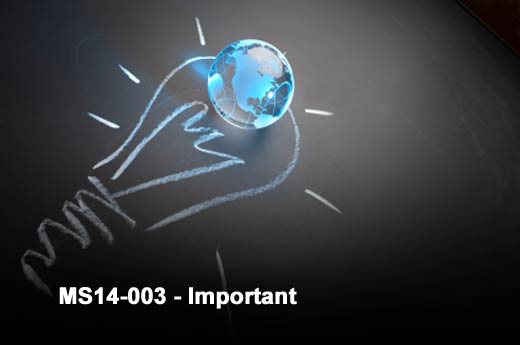 MS14-003 is a vulnerability that could lead to an elevation of privilege in Windows Kernel mode drivers. It covers one CVE for Windows 7 and Server 2008 R2 and has no known active attacks. Microsoft gives a deployment priority of two and should be third on your list this month. 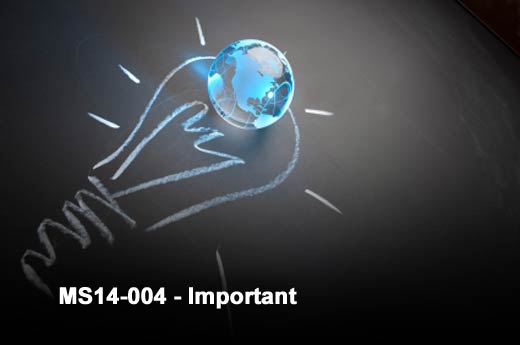 Finally, MS14-004 is a vulnerability in Microsoft Dynamics that could allow a denial of service. It covers one CVE as well and there are no known active attacks. The exploitability index is three. This is a server-side vulnerability and note that the updated service will not automatically restart, so if you are applicable, it would be best practice to manually restart the impacted service after applying the update. 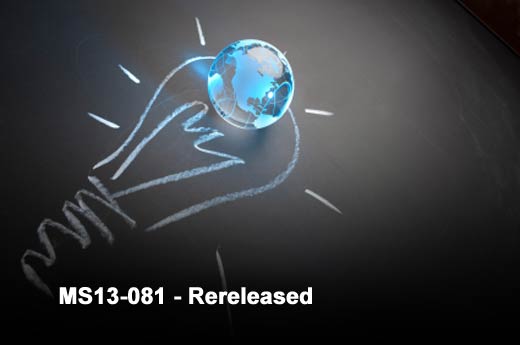 In addition to the four patches, Microsoft has also re-released MS13-081. There were stability issues in some cases with third-party USB drivers, so Ernst recommends reinstalling the update to ensure you have the latest version of that patch. They have also released Security Advisory 2755801 for updates to vulnerabilities in Adobe Flash Player for IE.