A new survey from Unisys finds that not only are Americans more concerned than ever about all aspects of their security, concerns about security on the Internet are rising sharply.

How those concerns might affect their usage remains to be seen. But in a survey of 1,005 people, the Unisys Security Index has risen to its highest levels in recent memory, even before the demise of Osama Bin Laden.

How long will it be before these security concerns manifest themselves in fundamental behavioral changes? 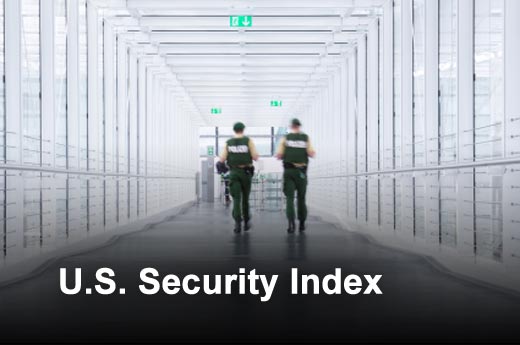 Click through for results from a Unisys survey on U.S. Internet security concerns. 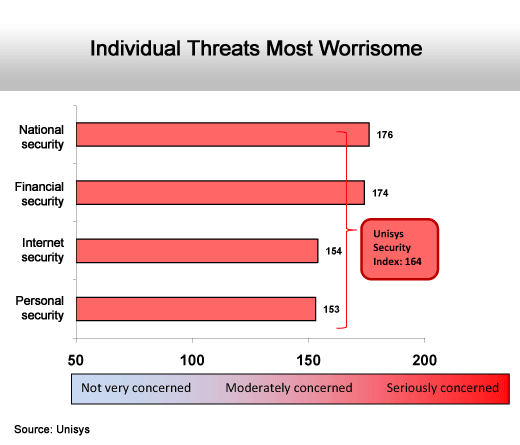 Internet security is now number three on the list of concerns. A sharp rise in recent months. Recent Sony Playstation hacks will only exacerbate this fear. This could have a negative effect on e-commerce. Almost half say they know about WikiLeaks. Most don’t see WikiLeaks as a good thing, but a fair number do. 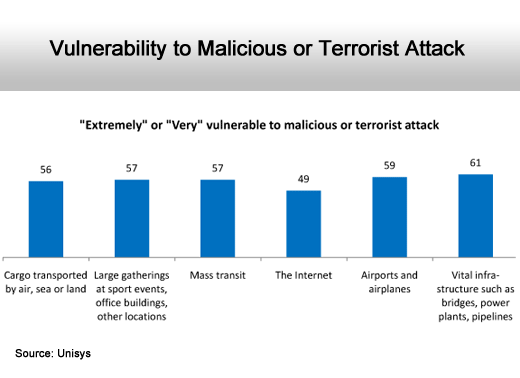 Vulnerability of the Internet is thought to be relatively high.