Yes, it’s that time of year again – time for our favorite college basketball teams to compete for top honors in the NCAA tournament. Not so long ago, you would likely have found coworkers gathered around the television watching their local team play during work hours. While this might have had some impact on those workers’ productivity for that timeframe, overall, the business probably didn’t feel the strain. Now, just about every game is streamed in real time over the Internet, leading to both work productivity slowdowns and, more importantly, network slowdowns that jeopardize the entire business.

TEKsystems, a leading provider of IT staffing solutions, IT talent management expertise and IT services, recently released findings from a survey on the anticipated impact the games will have on corporate networks. The survey results represent the views of more than 350 IT professionals, including help desk support analysts, developers, systems administrators, database administrators, network administrators and others.

“As previous studies indicate, the NCAA basketball tournaments impact worker productivity, but they also have technological side effects, mainly an increased concern for security and bandwidth availability,” said TEKsystems Research Manager Jason Hayman. “While the tournaments may be great for company culture, they may be a ‘bracket-buster’ if IT professionals don’t put in place some safeguards for the optimal and uninterrupted performance of their network.” 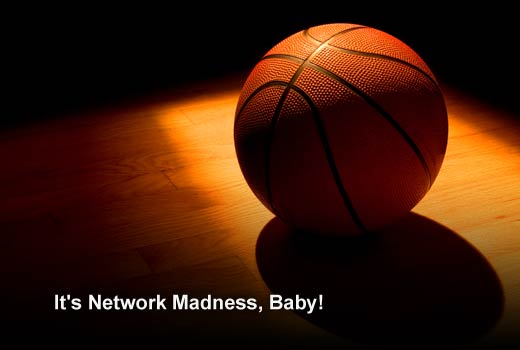 Click through for findings from a survey on the anticipated impact of the NCAA tournament on corporate network resources, conducted by TEKsystems. 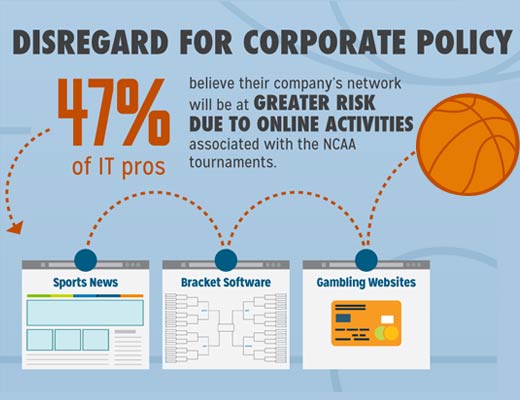 Nearly half (47 percent) of IT professionals believe their company’s network will be at greater risk due to employees visiting websites related to activities associated with the NCAA tournaments, such as sports news sites, sources for tournament bracket software and gambling sites. The majority (56 percent) indicate they have a policy regarding Internet use for events unrelated to work, such as the NCAA tournaments. However, 68 percent report they have seen employees “work around” mandates that prevent the use of company laptops to stream video of NCAA games by using personal devices such as a smartphone or tablet, which can also expose and impact network bandwidth. 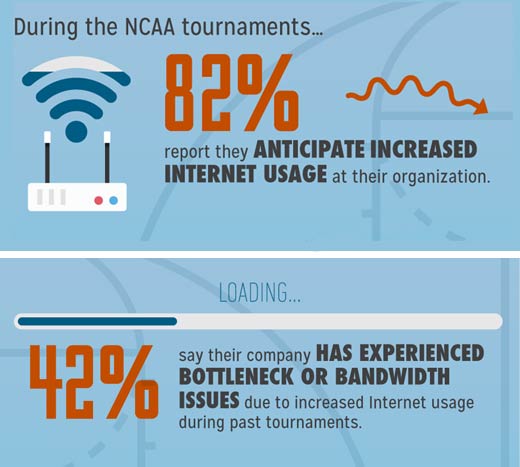 Nearly half (49 percent) say their IT team has tracked Internet and streaming use associated with a specific source, such as the NCAA tournaments or the World Cup.

Surprisingly, more than one-quarter (27 percent) of IT professionals indicate they have personally been asked to loan their IT expertise (e.g., set up central viewing capabilities, develop betting pool app) due to employee interest in the NCAA tournaments or other sporting events.