A Milestone Approaches in the Never Ending End of IPv4

For years, the IP powers that be have warned that the world is running out of IPv4 addresses. Those warnings have been followed by business as usual. It seems the assumption has been that the statements of doom are chronically over inflated and that a sufficient amount of IPv4 addresses remained, after all.

The situation actually is a bit more nuanced. The truth is that the paradigm of “running out” never was perfect and that we are now well into a long transition. Marcia Savage at Network Computing reports that an important point in the IPv4 process will be reached during the summer: The American Registry for Internet Numbers (ARIN) will no longer be able to fulfill requests for IPv4 addresses.

The under-reported IPv6 story, though, shows that much progress has been made. Savage paraphrases John Curran, who is the president and CEO of ARIN:

IPv6 adoption is actually growing much faster than most people realize, Curran said, pointing to Google statistics showing rapidly growing adoption of IPv6 among US Google users (now at 16%).

More proof that the transition to IPv6 is well underway comes from Nextgov, which reports that the government is actually ahead of the private sector. Mohana Ravindranath reports that research from the National Institutes for Standards and Technology (NIST) indicates that U.S. government agencies and departments now use IPv6 for 54.92 percent of their public domains. This ranges from only 4 percent for the Department of Agriculture to 100 percent for NASA and the Social Security Administration.

Overall, those are good numbers, but far from perfect, says Ravindranath:

Not all data paints as rosy a picture. An April report from the Defense Department’s inspector general’s office claimed that DoD missed deadlines to transition to IPv6, in part because IT officials, including the chief information officer did not consider it a high priority. NIST’s charts, plotting the government’s IPv6 enabled domains and services over time, suggests overall adoption plateaued after 2012, and, more recently, has dropped. 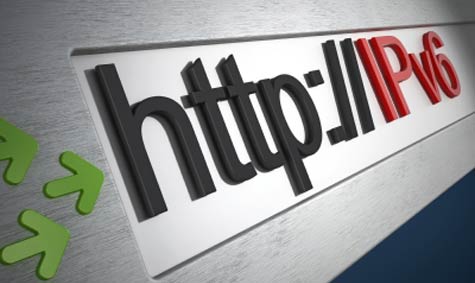 Another sobering sign of the growth of IPv6 is the attention being paid to it in security circles. Steve McCaskill at TechWeek Europe discussed the new addressing scheme in a story about the dynamics in the world of distributed denial of service (DDoS) attacks.

DDoS attacks doubled in the past year and on average consumed less bandwidth but lasted longer, he wrote. IPv6 attacks are not yet common, but attack methodologies are being tested. IPv4 DDoS methods can be used for IPv6 attacks, while IPv6-specific approaches can bypass IPv4 protections.

It seems that IPv4 will still be on death’s doorstep for some time to come. That’s not a problem, though, if ISPs, enterprises and others in the ecosystem continue working toward full IPv6 deployment.