The rationale behind smartphone kill switches is pretty simple: iPhones and other devices are inviting targets for thieves and often get stolen. Providing a way to remotely and permanently disable the phones eliminates the motivation to steal them and, over time, will reduce thefts.

A lot of evidence says the theory works in practice, but RCR Wireless reports on Wall Street Journal analysis of the kill switch, which is hidden behind a pay firewall, that suggests that it isn’t working in all cases:

The Wall Street Journal analyzed data on iPhone thefts in four cities before and after September 2013, when Apple first made the kill switch software available. Thefts declined in San Francisco and Oakland, Calif., and Austin, Texas, but in Seattle they skyrocketed. Now, almost two years after the software debuted, iPhone thefts are down significantly in the two California cities. In Austin and Seattle, police are reporting roughly the same number of monthly iPhone thefts that they saw in September 2013.

The two reasons suggested for this are that devices are being stolen for parts and that thieves know that the “bricking” software, which generally has been optional, is not likely to be active.

The second of the two explanations for the sporadic ineffectiveness of the kill switch is the most important one. On July 1, Forbes ran a piece that noted that new laws in California make the kill switch an opt-out feature. Instead of making consumers go through steps in order to use the switch, the situation is reversed: Now they must take steps to stop it from being active.

Though the laws are for California only, vendors have said that they won’t do anything different for the phones they sell in the Sunshine state. Thus, the opt-out feature essentially has gone national.

The story also notes positive overall impact from the emerging laws, despite the Seattle and Austin results. Consumer Reports, according to the story, said that smartphone thefts dropped 32 percent, from 3.1 million to 2.1 million, between 2013 and 2014. 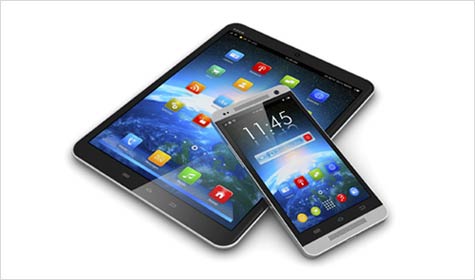 In its commentary on the new California laws, 451 Research points out that carriers hate them because subscribers who “brick” lost devices and subsequently find them are angry when the company can’t restore the phone. 451 Research’s Vice President Wally Swain also questions the strategy. He suggests that criminals may find a way to “unbrick” the devices.

Clearly, kill switches are a good idea. Theft for parts is a fact of life. Cars, bicycles and just about everything else are stolen for parts, and while it is unfortunate, it’s not something that will change. Eventually, however, street thieves hoping to resell working smartphones will understand that they are stealing something that will lose virtually all its value within minutes. This is an effective deterrent and making the feature opt-out is a key to making it work.