Although the recent opening of relations with Cuba seems to be a bright spot for the wireless market, the holiday season has had its dark spots, too. Three industry firms were caught cramming, which is the practice of sneaking unauthorized charges onto bills in hopes that folks don’t notice them.

The National Journal reported that the Federal Communications Commission (FCC) is set to fine Sprint $105 million for the insidious practice. The fine, if it is imposed, will tie a fine levied against AT&T in October as the largest ever imposed on a company by the FCC. The situation is still a bit fluid:

According to the enforcement action, which hasn’t been finalized, Sprint billed customers for third-party services it knew they hadn’t asked for and didn’t want. All five FCC commissioners are reviewing the proposed fine, but they haven’t voted to take action yet, the agency officials said. It’s unclear whether Sprint and the FCC are still engaged in settlement talks.

WirelessWeek also said that T-Mobile agreed to pay the Federal Trade Commission $90 million to settle cramming charges. T-Mobile knew that this day was coming. It had, according to the story, set aside almost $50 million to repay subscribers who had been crammed.

In a Machiavellian sense, the strategy has worked. Clearly, the carrier brought in more than it paid out:

At the time the charges were filed, the FTC alleged that T-Mobile had made ‘hundreds of millions’ from bogus SMS charges, claiming that the carrier took in 35 to 45 percent of the revenue brought in from services like ‘flirting tops, horoscope information and celebrity gossip.’ 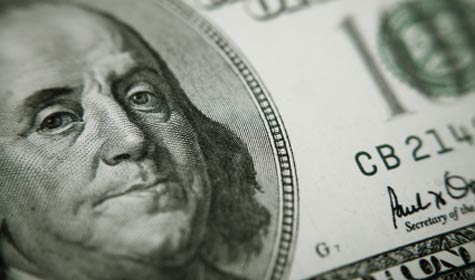 The two parties are accused of placing more than $70 million in cramming charges during the past seven years. The story has details of the prohibitions put on Sann, who is said to be unable to pay most of the $21 million he owes. As the Clarion Ledger reported about Sann’s dealings:

American eVoice was charged after hundreds of consumers complained about charges appearing on their phone bills. ‘The FTC alleged that defendants told phone companies and third party ‘billing aggregators’ that the consumers had authorized the charges by filling out forms on the internet,’ the FTC had noted earlier.

Under the terms of his settlement with the FTC, Sann will be banned from placing charges of any kind on consumers’ phone bills. In addition, he will be prohibited from billing consumers for any good or service without their authorization, and must destroy all personal information that he collected from consumers in connection with the cramming operation within 30 days.