Business users can be a hard lot to please, especially when it comes to smartphones. Today’s prosumers typically desire a simple design, complex features, reliable Web access, a solid camera and easy-to-use keyboard. Previously, we compiled a list of the top smartphones that work for business. While those phones are still viable candidates for business users, we’ve updated our list with more new smartphones, including several for the new 4G networks. 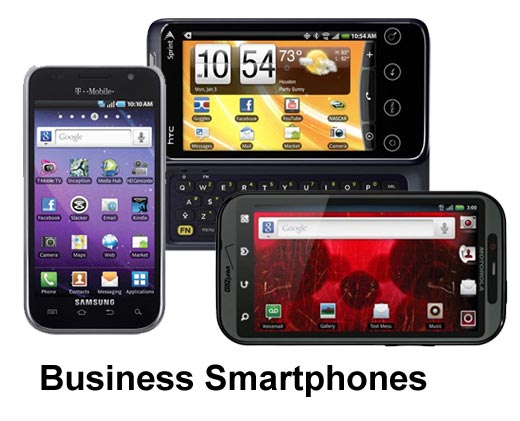 The Motorola Atrix 4G was recognized as the best smartphone at CES 2011. The handset, which is available through AT&T in the United States, runs on Google's Android 2.2 Froyo operating system and is powered with a dual-core 1GHz Nvidia Tegra 2 x 1 GHz processor and 1GB RAM.

The Atrix boasts impressive specs, but its key differentiator is its ability to connect to a larger, computer-like docking station, says TG Daily. The handset enters a "computer mode" when docked and powers the laptop docking peripheral while running a desktop operating system interface. Are two screens better than one? That's what Sprint would have you think now that the carrier has introduced Kyocera's Echo, a dual-touchscreen smartphone, running Android 2.2. The Kyocera Echo features two 3.5-inch WVGA touchscreens connected by a hinge. The two screens can be used independently or combined to operate as one large screen, according to The Wall Street Journal. The handset also features a Simul-Task mode that allows users to simultaneously run two of the Echo's seven core applications.

According to Wired.com, the Echo will run on Sprint's 3G network and features Wi-Fi hotspot capabilities. The smartphone is also equipped with a 1 GHz Qualcomm Snapdragon processor with 1 GB of RAM and a 5-megapixel camera that is capable of 720p HD video capture. The Echo will cost $199.99 with a two-year contract and a $100 mail-in rebate. The smartphone is the first truly global webOS device, notes a hardware analysis of the Pre 3 on PalmInfocenter. The smartphone supports both GSM HSPA+ and EVDO Rev. The handset supports Wi-Fi 802.11a/b/g/n, Bluetooth 2.1 EDR and GPS. The Pre 3 also packs a 1230 mAh battery, 512MB RAM and 8GB/16GB of internal memory, according to Phone Beta. 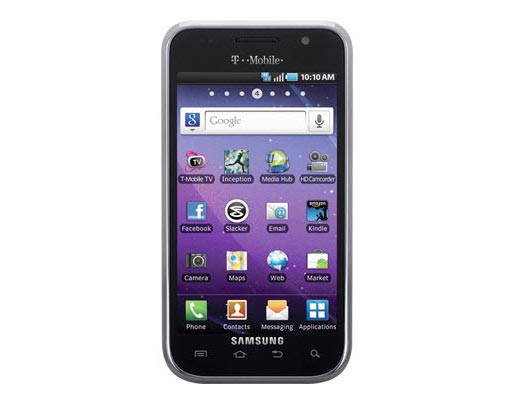 The Galaxy S 4G, available from T-Mobile,  uses updated HSPA+ technology and provides a front-facing camera, Android 2.2 and acts as a personal Wi-Fi hotspot. The smartphone, pre-loaded with the film "Inception," is also equipped with a 4-inch Super AMOLED display, 5-megapixel rear-facing camera, 16GB SD memory card and runs on a Samsung 1GHz Cortex A8 Hummingbird processor, according to Digital Trends. The Motorola Bionic, expected to be released in Q2 2011, boasts a dual-core processor, with each running at 1Ghz. The Android handset will be available for Verizon’s 4G LTE network. The Bionic has a 4.3-inch qHD display, supports Adobe Flash and HTML5 and features an HDMI output. The phone also includes an 8 megapixel camera with HD video capabilities and a front-facing camera. The Continuum is from Samsung's Android-based Galaxy S lineup. The one thing that allows the device to really stand apart from its list of specs is the Continuum's independent ticker display, according to Geek.com.

The ticker, a secondary screen at the bottom of the handset, displays a running account of news feeds, new e-mail headers, social network updates, time and date. Since the ticker acts independently through a grip sensor, users don't have to turn on their sleeping phones to retrieve their updates, says Computerworld. 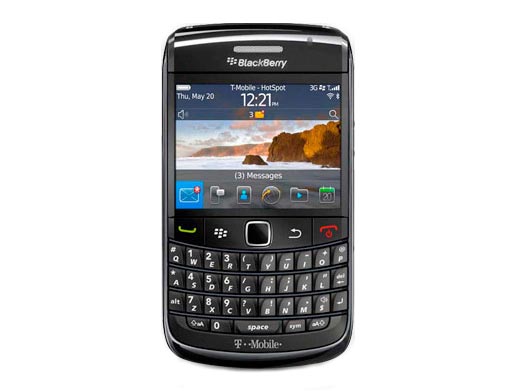 The BlackBerry Bold 9780 sports the BlackBerry 6 operating system, 512 MB internal memory, and a 2 GB media card. Other features include Wi-Fi, a 5 MP camera, and Bluetooth capability. The HTC EVO Shift 4G runs Android 2.2, is equipped with a 3.6-inch screen, slide-out QWERTY keyboard, 5-megapixel camera with 720 HD video recording, Wi-Fi and the ability to share a WiMAX connection with up to eight WiFi-enabled devices.