Smartphone Sales Up, But Barely

Only a few technology firms – IBM, Microsoft and Apple come to mind – are as iconic as AOL. It also is a survivor. The big news this week clearly is that, if things work out, it will live to see another day as part of Verizon.

From other news and good commentary, here are some highlights.

Why Is Verizon Buying AOL?

The interesting question is why Verizon would pay $4.4 billion for AOL. Though it’s not an earth-shattering amount by telecom deal standards, it’s still a pretty penny for a company that many think saw its best days during the Clinton administration.

The answer may be that Verizon is after the advertising technology that AOL has developed. USA Today writes that digital advertising buying increasingly is driven by “programmatic buying,” which automates the process. Twenty-eight percent of digital video ad buys will be done in this manner this year, and 40 percent next. AOL, the story says, would bring this technology to Verizon.

Cramming – the charging of cell phone subscribers for services that they didn’t order and not being responsive in follow up – is a persistent problem. This week, the Federal Communications Commission’s Enforcement Bureau announced that Verizon Wireless will pay $90 million and Sprint $68 million to settle charges related to cramming.

Parties to the negotiation, according to eWeek, were the Consumer Financial Protection Bureau, plus the attorneys general of all the states and the District of Columbia, in addition to the FCC. The settlements bring the total in fines – which include levies against AT&T and T-Mobile – to $353 million.

German firm GfK reports good news/bad news results on worldwide smartphone sales. The good news reported by the firm is that sales of smartphones grew 7 percent during the first quarter of the year, according to Venture Beat.

The bad news is that the number pales in comparison to the 34 percent increase registered during the same period in 2014. The 2015 results are 23 percent under the growth rate for the whole of 2014, the story said. The raw number of sales this year is 310 million phones.

The reason for the falloff, the firm found, was a 14 percent reduction in sales in the Chinese market. 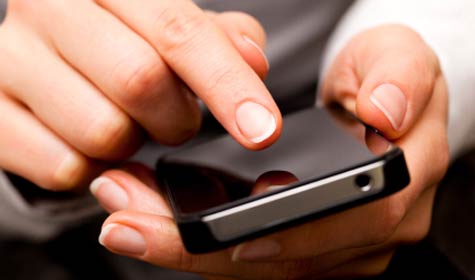 InformationWeek’s David Wagner offers a very interesting slideshow on what will come after the millennials. The reality is that the kids of today – who were raised during the transition to a culture overflowing with technology – will raise their kids in an era in which devices and connectivity are a deeply and completely accepted element of the landscape. And, of course, they will continue to advance.

The changes will be intuitive and drastic. Writes Wagner:

Wagner was reporting on work by TrendsActive and a study presented at the annual meeting of the Pediatric Academic Societies’ annual in San Francisco last month.

And, finally, comes a story that is a bit ironically, though obviously unintentionally, timed to coincide with the purchase of AOL. Network World reports that Pangea Communications will employ the original end-user Internet access method – a voice line, acoustic coupler and modem – to bring connectivity to the huge swatches of the globe that still are unconnected. The original method, of course, is closely associated with how AOL reached its customers.

In this case, the story says, 2G and not landlines will be the media through which the data travels. It sounds like a great mix of new and old:

Pangea’s system works by converting a request for data, such as a webpage, into a sound wave. It’s then sent at 64 kbps over the voice channel. Pangea reconstructs that request at its cloud and returns the content to the mobile device, where it’s converted back into data and displayed as text in a web browser.

About 4 billion people worldwide don’t have an Internet connection, according to Pangea founder Vlad Iuhas.