Technology moves fast, as Best Buy’s commercial advertisement for its Buy Back Program states. Our last slideshow refresh featuring business-centric smartphones included a number of handsets that are compatible with the 4G networks of the big four — soon to be big three, pending FCC approval — wireless carriers. This batch of the newest and latest smartphones calls attention to glasses-free 3D technology, front- and rear-facing cameras and Snapdragon processors. 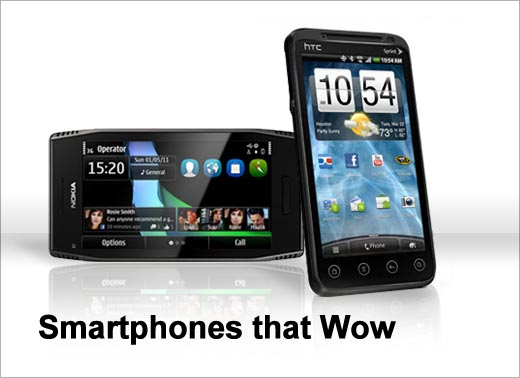 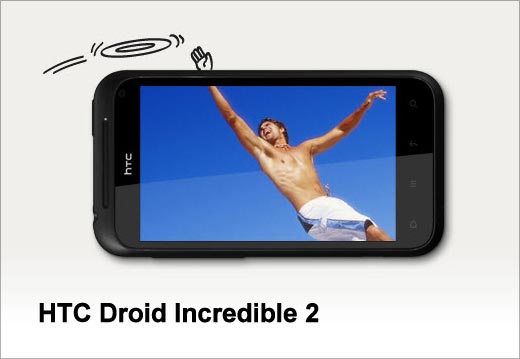 The Nokia E6, a business phone that combines a hard QWERTY keyboard and touchscreen display, runs Symbian Anna and features a 2.5-inch, 640 x 480 pixel TFT LCD over its physical QWERTY keyboard. The device will also come preloaded with Microsoft Communicator Mobile and will be able to access Microsoft Exchange and SharePoint servers. The E6 will ship during the second quarter for $492 before taxes and subsidies. 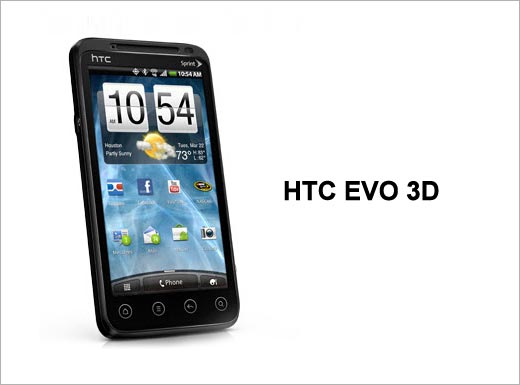 The HTC EVO 3D from Sprint is a follow-up to last year's EVO 4G and kin to the EVO Shift 4G. Preloaded with Android 2.3 (Gingerbread), the handset boasts two rear-facing 5.0 megapixel cameras, which can be used to capture 3D images and videos. The EVO 3D's front-facing 1.3-megapixel camera can be used for video-chatting. The smartphone is also Wi-Fi capable and possesses a 1.2 GHz dual-core Snapdragon processor. Expected to launch this summer, the EVO 3D features a 4.3-inch glasses-free 3D display, weighs 6.0 oz. and can support up to eight devices simultaneously using its Wireless Hotspot service. 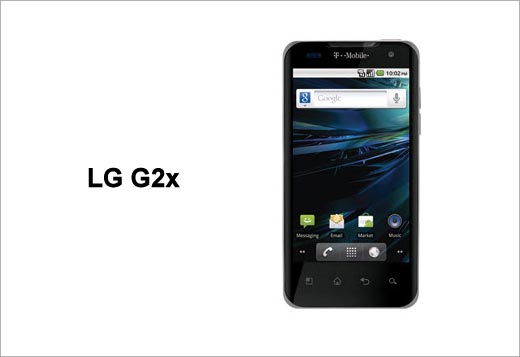 T-Mobile unveiled the G2x, the carrier's first handset to work on T-Mobile's 42Mbps 4G network. Manufactured by LG, the G2x has an NVIDIA Tegra 2 mobile processor with a dual-core CPU, a 4-inch display, an eight-megapixel rear-facing camera, a 1.3-megapixel front-facing camera, an accelerometer and a gyroscope.

The G2x runs on a stock version of Android 2.2 and integrates several Google services while also providing support for personal and work email like Microsoft Exchange, says infoSync. The G2x also comes preloaded with Nvidia's Tegra Zone app, which connects gamers with HD games and includes high-end titles with 3D graphics, notes Reuters. The handset serves as a companion to the G-Slate, which is also equipped to take advantage of T-Mobile's 4G network.

Pricing has not yet been revealed and T-Mobile says to expect a Spring arrival for the device. Pricing and availability for the handset have not yet been announced. AT&T has taken the wraps off the LG Thrill, a smartphone that boasts a 4.3-inch glasses-free stereoscopic 3D display. The handset also lets users capture 3D graphics with a 5-megapixel dual-lens stereoscopic camera and shoot 3D video in 720p. Users will also be able to shoot 2D video in up to 1080p.

The Thrill runs Android 2.2, is HSPA+ compatible and features a dual-core 1GHz processor, 8 GB of internal storage and a 16 GB microSD card. Pricing and availability have yet to be tipped by AT&T. The Nokia X7, an entertainment and gaming phone, features a four-inch AMOLED touchscreen with a resolution of 640 x 360 pixels, an eight-megapixel camera that can record 720p video, and Internet access over HSDPA. The X7 runs Symbian Anna and will be available during the second quarter of 2011 for $550 before taxes and subsidies.