It is the iPad’s world and other tablets are just living in it. That, of course, has not stopped device makers from introducing a slew of new offerings as the role of tablets in the enterprise continues to evolve.  The saving grace of some client hardware vendors trying to keep up with the iPad, or avoid it altogether, may be the emergence of business-class tablets.  In an update to our most recent coverage of tablet offerings, we’ve highlighted seven new tablets, some of which are looking to compete with the iPad through differentiation and some of which are seeking to carve specific niches in particular sectors of the enterprise. 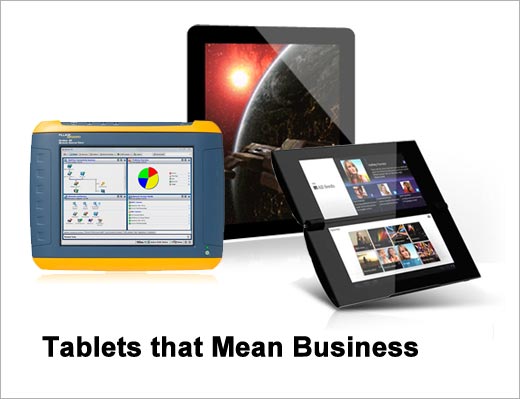 Click through for seven up-and-coming tablets that are looking to compete with the iPad. To use the Iconia's virtual full-sized keyboard, users simply place both palms on the bottom screen to bring up the keyboard. The virtual keyboard uses predictive text to speed up typing and minimize mistakes. The tablet doesn't include a stylus, but is capable of recognizing handwriting and converting it to text. Users will also be able to take advantage of the Acer Ring Control Interface to access specific applications using customized or predefined gestures. 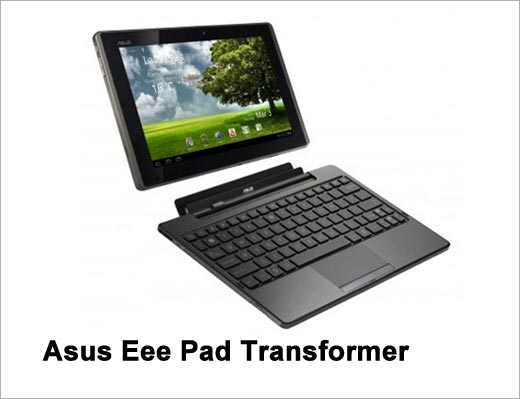 The Eee Pad Transformer, an Android 3.0 Honeycomb tablet/notebook, has a removable keyboard/extended battery dock that provides a runtime of up to 16 hours. Alone, the Transformer slate has a battery life of 9.5 hours, according to ASUS. The tablet features a 10.1-inch, 10-finger multitouch display made from Corning's Gorilla Glass, runs on NVIDIA's dual-core Tegra 2 processor, and includes 1 GB of RAM, up to 32 GB of storage, front- and rear-facing cameras and an HDMI-out port. 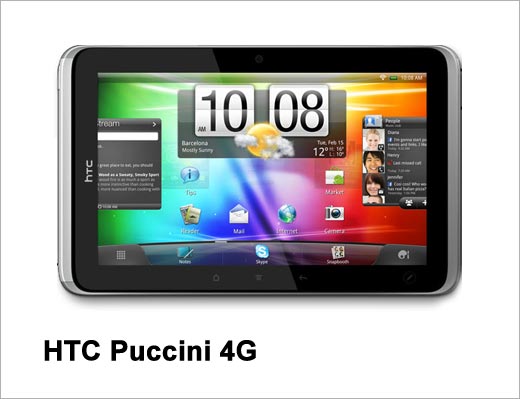 The successor to the HTC Flyer appears to be the HTC Puccini, a 10.1-inch Android tablet that features support for AT&T's new 4G LTE network. The tablet will also support AT&T's current 3G network. It's rumored the Puccini will be equipped with a dual-core 1.5GHz Qualcomm processor, with up to 2GB of RAM, and run Android Honeycomb and HTC's Sense interface. The K1 and ThinkPad have two very distinctive designs, despite sharing some specs, including Android 3.1, 1GHz Nvidia Tegra 2 and 1GB of memory. The K1, which has a starting price of $499, is aimed at consumers and emphasizes entertainment and social networking. The ThinkPad, which has a starting price of $499, focuses on the enterprise and comes pre-loaded with business-oriented apps, includes data encryption and supports integrated cloud sharing and storage.

The Windows 7-powered P1, which will be available in the fourth quarter of this year, will also target business users, but will focus more on the SMB market, says InformationWeek. The tablet will include a 1.5GHz processor and support for up to 2GB of DDR2 memory and will have an optional stylus. Fluke Networks has announced the OptiView XG Network Analysis Tablet, which according to Fluke is a "network engineer's tablet with dedicated custom hardware for automated network and application analysis in the deployment and troubleshooting of new technologies." The ruggedized tablet runs Windows 7, has a 10.25-inch touchscreen, and boasts two 1 gigabyte ports and a 10-gigabit port. In addition, the device includes dual 802.11N Wi-Fi radios, an on-board spectrum analysis radio and two hot-swappable batteries that deliver more than two hours of operation.

The OptiView XG also includes a suite of Fluke's customizable network analysis and testing tools. The device automatically discovers the path between two points in the network and monitors performance along that link to identify network issues and provides assistance with troubleshooting by collecting and analyzing granular data collected over a 24-hour period. In addition, the OptiView XG is capable of monitoring up to 30,000 devices and end points on a network. The device is no doubt one of the pricier Windows 7 tablets out there, ranging in price from $25,000 to $30,000. Panasonic announced a new tablet that isn't magic, but it is rugged. The company is adding an enterprise-grade Android-based tablet to its line of Toughbook mobile devices for sale in the fourth quarter of this year.

The tablet, which will run on a yet-to-be-named version of Android, has a bright, daylight-viewable 10.1-inch XGA matte screen that is compatible with an included active stylus, "full-shift" battery life, GPS and 3G/4G options. Geared toward the enterprise, the new Toughbook tablet has been designed with security embedded at the hardware level. Sony unveiled two Android tablets. Codenamed the S1 and S2, both tablets will be equipped with Nvidia Tegra 2 dual-core processors and the latest version of Android Honeycomb. Each tablet features distinctive form factors; the S1 has a tapered slate design and the S2 has a dual-screen clamshell design.

Sony's unique designs go against the current Android tablet grain and the company doesn't plan to stop there. On the software side, both tablets will feature Quick View, which is designed to load Web pages faster than the standard Android browser. The S1 and S2 have been optimized for scrolling, are PlayStation-certified and will include Sony Reader and Qriocity services.