Poll of 1,000 Engineers Finds Not One Will Buy an Apple Watch

Here’s an Apple Watch factoid for you: A recent poll of 1,000 engineers found that zero percent—that’s right, zero—think the watch is worth the $349 price tag, and zero percent plan to buy one.

The poll was conducted on March 19 by Owler, a San Mateo-based startup that provides data services related to company profiles and information. Also responding to the poll were 8,000 marketing professionals, and the difference between the responses of the marketers and the engineers blew me away. Check this out:

I had the opportunity to speak with Owler founder and CEO Jim Fowler, and director of product marketing Brett Miller, and I asked them what their takeaway from the poll was. Fowler was blown away, too.

“I was amazed at how few engineers are interested in this thing,” he said. “I just couldn’t believe that zero percent will buy an Apple Watch. I think of those guys as techie gadget geeks, so it was pretty amazing.” 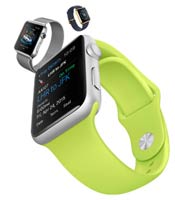 Miller said he was surprised, too, and he chalked it up to his sense that engineers tend to be practical people, so having one more thing to worry about isn’t particularly appealing. But he said that might change.

“From a development standpoint, it will be really interesting to see if that number starts to change, if the watch gets a lot of traction, and it becomes a great market for developers,” he said. “I think we’ll see more adoption from engineers.”

“And the engineers just hold a negative view of Apple, and Tim Cook,” Fowler added. “I’m mind-boggled by that. What do they know that I don’t?”

I asked them for their own thoughts about the Apple Watch, and Fowler said he’s just not a watch guy.

“Now that Apple owns my pocket with my iPhone 6, I’m personally having a hard time seeing a difference, other than all the biometric and health stuff that the watch does,” he said. “I won’t buy one. My iPhone does everything I need. I think Apple already owns enough of my life with my desktop and my phone.”

Miller said the deal breaker for him is battery life.

“I have a Pebble right now, and I don’t use it because the battery is just too much of a pain—it’s just one more thing to charge,” he said. “That thing lasts for a week. So suggesting that there’s going to be a new watch where the battery lasts a day, I just don’t see it. We’ll see.”

Owler is all about making crowdsourced company data and insights available online and on mobile platforms, so I asked Fowler if Owler plans to develop an app for the Apple Watch. He seemed genuinely taken aback by the question.

“Wow. We haven’t even thought about that,” he said. “We still want to get our mobile strategy—phone and tablet—square before we do that. It’s a great question. The answer is, I don’t know. It certainly is not on our roadmap at this point, but you’ve actually asked me a question I have not even thought of.”

What Fowler has given a lot of thought about is his company, and where he wants to take it. I’ll cover that in a forthcoming post.