At the Lenovo Tech World 2015 conference this week, Lenovo unveiled a raft of new mobile computing capabilities, including a Magic Watch project that makes use of a virtual interactive display to make the user interface on the watch appear 20 times larger than existing digital watches and a smartphone that can project images on to a wall or a table with which individuals or groups can actually interact.

Both of those projects are still in the research stage, but Lenovo also took the opportunity to reveal a partnership with Microsoft under which the Microsoft Cortana personal digital assistant software for Windows 10 will be integrated with Lenovo REACHIT software to allow users to find any file stored locally or in any cloud service via voice.

Intended to be a free service that comes with Lenovo PCs, the new service is an extension of a Microsoft effort to reinvent the PC experience by once again focusing on user productivity.

In addition to the Microsoft alliance, Lenovo unveiled the Lenovo ThinkPad 10 notebook, a 10-in. notebook PC based on an Intel Atom processor running Windows 10 that doubles as a tablet. The company also introduced a wireless display connector called Lenovo Cast that enables mobile users to project an image from the notebook onto any display device in the room. 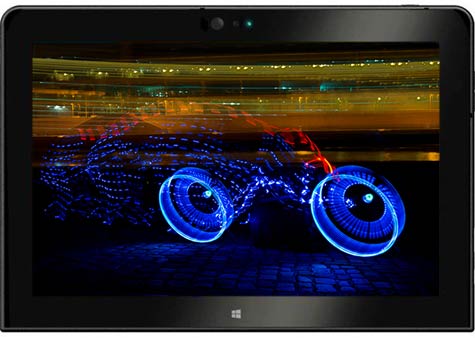 Peter Hortensius, Lenovo senior vice president and CTO, says the company sees a lot of opportunity to transform the mobile computing experience. For example, Hortensius says the current crop of digital watches is far too limiting in terms of the number of application use cases they support.

Ten years after acquiring the IBM PC business, Lenovo is making it clear that it intends to pull together a broad swath of technologies that are all designed to work seamlessly with one another. The degree to which creating such an experience requires organizations to standardize on a set of products and technologies from a single vendor remains to be seen, though.

It will take a while for Lenovo’s vision of the future of personal computing to become an everyday reality. But as the lines between PC, tablet, smartphones and smart watches continue to blur, it will soon be a lot harder to determine where one device ends and another picks up.

Previous articleDefining Deep Data: What It Is and How to Use It
Next articleSurvey Reveals Message Supervision Plays a Growing Role in Risk Prevention