The media coverage agrees that the educational vertical is squarely in the company’s sites. On one level, it could be assumed that Apple is hoping to do well by doing good. While that certainly could be true – there is no reason to be totally cynical about things, after all – it is clear that Apple has an agenda greater than simply bettering education.

Eric Zeman at InformationWeek suggests what that agenda is: “Apple is clearly gunning for Chromebooks. The iPad maker would prefer to see students using its tablet instead of Google’s inexpensive laptops.”

Zeman then describes educational features of iOS 9.3. A setup assistant helps teachers and administrators perform a number of tasks. The Apple School Manager has the ability to organize district enrollment data and provide help in locating students, staff and classes. The mobile device management tools can be used to find devices and execute related functions.

Apple Insider took a look at the beta. Among other changes, Neil Hughes points out that Apple has added an “Update All” 3D Touch shortcut:

Previously, the iOS Settings app lacked any 3D Touch shortcuts at all, but that’s set to change with iOS 9.3. In the first beta, developers can quickly access “Bluetooth,” “Wi-Fi,” “Battery,” and “Set Wallpaper” by firmly pressing the icon.

Forbes also thinks that iOS 9.3 is a big deal, offering a practical look at the educational features. The tools will give teachers and administrators tight control over the students and related matters. It also looks at two non-education additions on iOS 9.3. One is the 3D Touch feature that Hughes discussed. Another is Night Shift, which aims to let people sleep. Blue light can make it difficult to sleep because it induces the hormone melatonin. The way around the problem is for the device to have a setting that controls blue light. Android has many apps that do this. Until now, however, Apple hasn’t. Now Apple has followed suit. 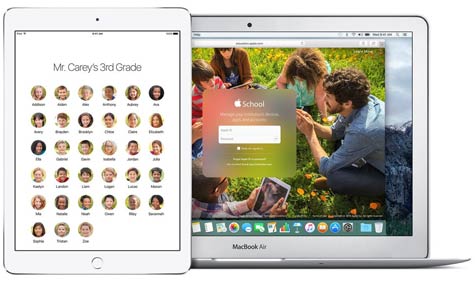 Gotta Be Mobile offers a slideshow featuring four reasons to try the iOS 9.3 beta and five reasons to skip it. The “pros” pretty much track with the other coverage of the beta. The “cons” don’t seem to be iOS 9.3-specific. Rather, they are prudent ways to approach any beta. One good point to keep in mind is that betas have problems. That’s what they are released to find. Thus, if an individual exclusively relies on a single Apple device, it may be best to wait for general release.

Previous articleMaybe the PC Is No Longer a Physical Device But a Cloud Concept
Next articleThe IoT, IPv6 and DDoS: A Dangerous Mix