Google Versus Apple: The Big Showdown

As people who make their living by closely watching customer interest, the opinions of developers are usually a good bellwether of things to come.

A survey of 2,012 developers, conducted by International Data Corp. on behalf of Appcelerator, a provider of tools for creating mobile computing applications, finds that new social networking and cloud computing platform offerings such as Google+ and Apple iCloud are expected to have a major impact.

But unless Google gets more aggressive about addressing some fundamental Google Android issues, the study also indicates that Apple may ultimately win the mobile computing day in the enterprise. That said, Google+ may prove to be just the thing that Google needs to push Google Android adoption higher. Click through for results from a mobile computing survey conducted by International Data Corp. on behalf of Appcelerator. Many Google Android issues are starting to raise concerns. Dead heat between Apple and Google.

Google has become a social networking force to be reckoned with. Google will expose a lot of people to Google+ as part of product portfolio. 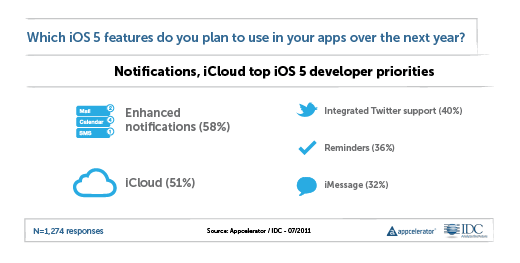 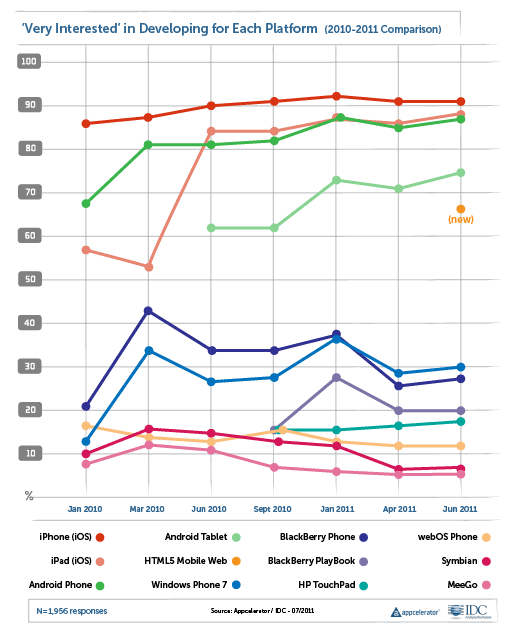 The gaps between Apple and Google and all the rest are widening. 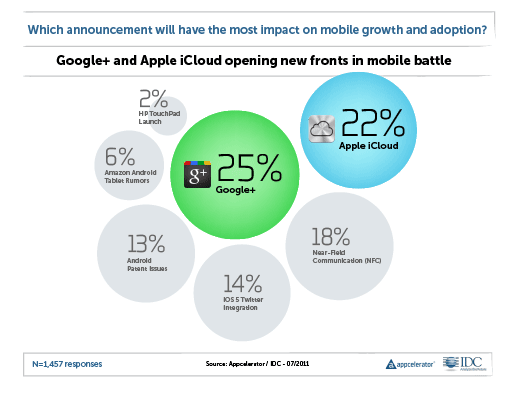 Consumerization of IT is under way. 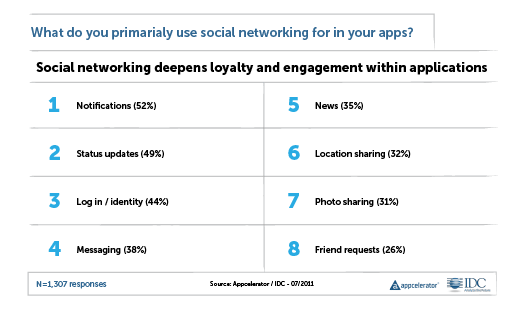 It’s all about immersion.