Although the Apple iPhone is still king when it comes to smartphones, a new survey of developers of mobile computing applications shows that the Google Android platform is gaining ground rapidly.

However, while Apple and Google are getting the lion’s share of the attention, the study shows that the BlackBerry platform from Research in Motion and the Microsoft Windows Mobile platform are also seeing a resurgence of interest. That resurgence, said Scott Schwarzhoff, vice president of marketing for Appcelerator, is probably attributable to the fact that as the hype cycle wears off on the Apple and Google platforms, developers are rediscovering the value of the installed base of BlackBerry and Microsoft Windows Mobile users.

Perhaps most surprising is how well Apple’s new iPad platform is doing among developers. The iPad still benefits from being a new platform, so it may not sustain its current level of popularity, given its lack of ability to run multiple applications simultaneously, he added. 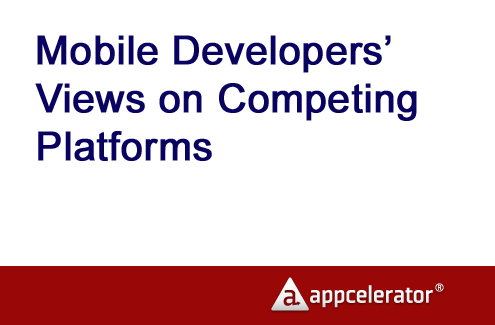 Click through to learn more about mobile developers’ thoughts and enthusiasms about competing mobile OS options. 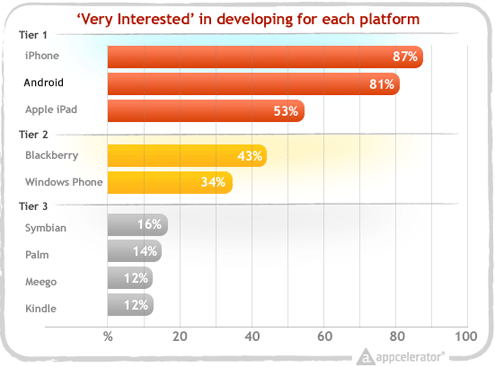 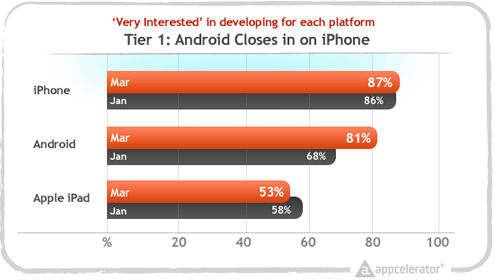 A lot of developers still think these platforms are very viable. 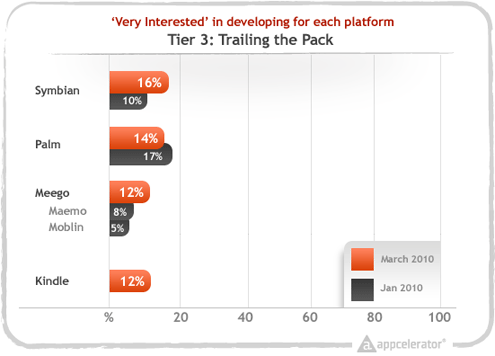 Symbian, Palm and others bring up the rear.