How to Create an Enterprise App Store

A growing number of companies are creating their own enterprise app stores. According to Kia Behnia, CEO of PowWow Mobile, enterprise app stores provide a single “shopping experience” for their employees to download business apps and content. Also, they support both a BYOD model and a “self-service” IT model where the employees are presented with a set of business applications and content based on the role of the user. The applications offered are usually a combination of internal and commercial applications, which may be vetted and linked from a public app store. Some companies have dedicated teams to develop, organize and manage the stores, while others leave it to the IT department.

Behnia believes there are two major steps in the app-store development process: The first is to create a list of applications that are appropriate for the store, establish entitlement and licensing, and categorize the apps and descriptions. The second is to establish the front-end catalog of items and a list of who has access to it. Here are some tips on how to get your enterprise app store up and running and the benefits of having one. Click through for tips on how to get your enterprise app store up and running, as well as the benefits of having one, as identified by Sue Marquette Poremba. 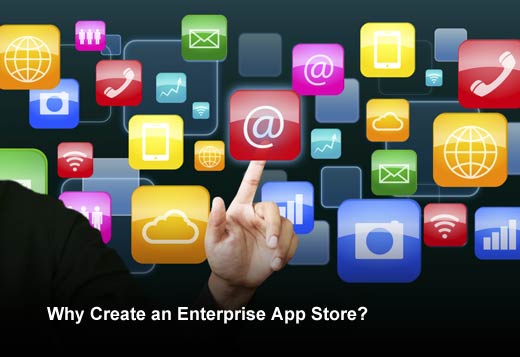 Why Create an Enterprise App Store?

Every company will have its own reason for why it wants to create an app store, but in general, the enterprise store will improve overall governance, risk management and compliance. Otherwise, says Trina Gizel, CIO & VP IT at Flexera Software, employees will – and do – download their apps from all over. But apps from public app stores can contain malware, software vulnerabilities and other exploits that cyber criminals look for as a way into a network. They also pose compliance risks if not managed intelligently and can result in unexpected audit fines and true ups. Enterprise app stores provide a safe and controlled environment for downloading apps. Enterprise app stores will have a much more narrow focus of offerings than public app marketplaces, so decision makers will need to decide what apps will be most useful for employees. The apps will also need to support multiple platforms and be clear about the mobile devices and platforms the apps support. As Behnia says, “Nothing is more frustrating to the users than downloading the right app on a device it doesn’t work well on.” 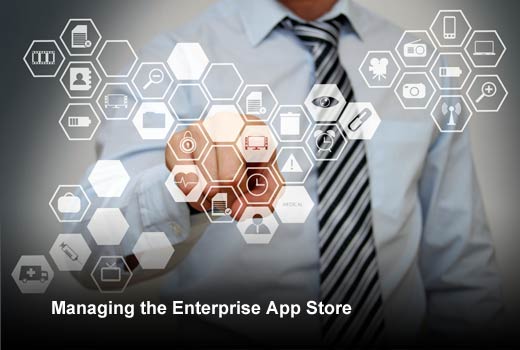 In most companies, the IT department will handle management of the enterprise app store. But no matter who is in charge, Burley Kawasaki, SVP of platform for mobile app development platform provider Kony, advises companies to make the user interface as simple as possible and to keep the feature scope of the store to a minimum.

“I also recommend ensuring that apps are mandatory for the specific people to which it is targeted, and optional for those that don’t need to use them. Many app stores can be configured to download all mandatory apps automatically upon launching, so that users don’t need to search for and install them manually,” Kawasaki adds. 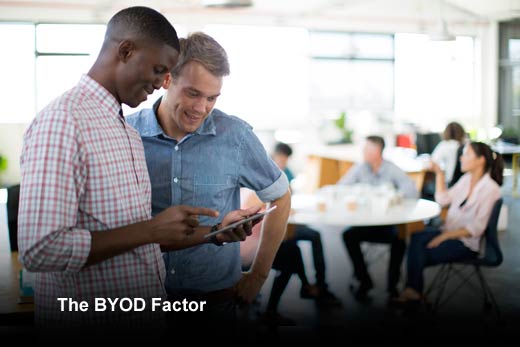 The BYOD Factor in the Enterprise Application Store

According to Gizel, the enterprise app store has played a large role in reducing the spread of shadow IT by eliminating the need for employees to download and install applications from public websites and app stores. Limiting software installation from external sources is helping us to reduce our attack surface and ensure employees are only using applications that IT has tested and approved. SkyGiraffe CEO Boaz Hecht says that he’s found the most advantageous part of an app store to be the centralization of corporate apps. Having these apps in one central location enables the enterprise to better manage the apps they give to employees. A large company may distribute hundreds of applications, which can get messy if they are distributed and managed differently each time. 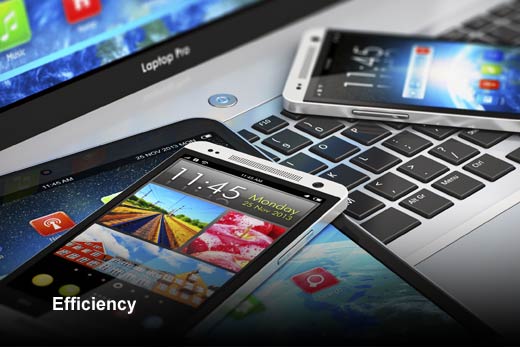 With a private app store, developers can have new versions of apps updated instantly, rather than waiting for public stores to approve new versions, Kawasaki states. In addition, approved users for a given app can be designated, adding a level of efficiency around deployments that you wouldn’t get with a public store or open site posting. 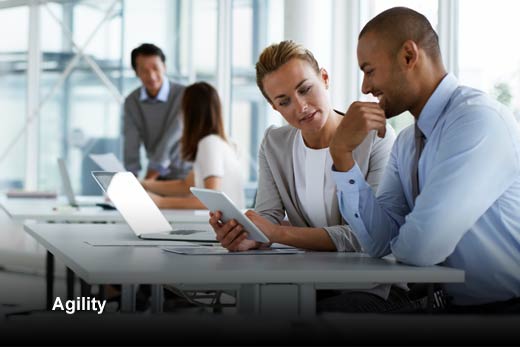 A benefit to the enterprise is the ability for users to mix and match products from a given supplier into their current stack, without IT needing to go through costly and time consuming excursions, according to Simon Bain of Search Your Cloud. As long as the store is an approved vendor, then everything on that store would have been tested and vetted by that vendor to use with their applications. Using an enterprise app store allows businesses to feel confident that apps are being deployed in a controlled manner, says Kawasaki. Since employees need to use their company credentials before installing apps, IT administrators have a stronger sense of security than they would if apps were posted publicly or available on a website. Apps should also be well-vetted before they are added to the enterprise app store to reduce the risks of vulnerabilities. Finally, because they are managed internally, upgrades and patches can be easily and regularly applied.