Five Tips for Overcoming Shadow IT in the Enterprise

CliQr Technologies this week took a significant step toward easing that management burden with the opening of the CliQr App Store, a central repository for hundreds of open source applications that IT organizations can deploy on any cloud service they choose.

Pete Johnson, senior director of product marketing, says the CliQr App Store makes use of cloud application management software that CliQr developed to make it easier to transfer applications between on premise systems and the cloud.

While CliQr has extended that notion to create an app store for open source applications, Johnson says IT organizations can make use of CliQr cloud application management tools to load any commercial application they want into the CliQr App Store.

Beyond helping IT organizations keep from finding their applications locked into one cloud provider or another, CliQr also provides tools that make it easier to compare the cost of running one application on a particular cloud service versus another.

At a time when IT organizations are increasingly struggling with simple things such as version control and basic governance of applications in the cloud, the concept of an app store provides an opportunity for IT organizations to reassert their authority. The only thing that most of them need to decide now is whether they want to build that store from the ground up or simply open one that already exists. 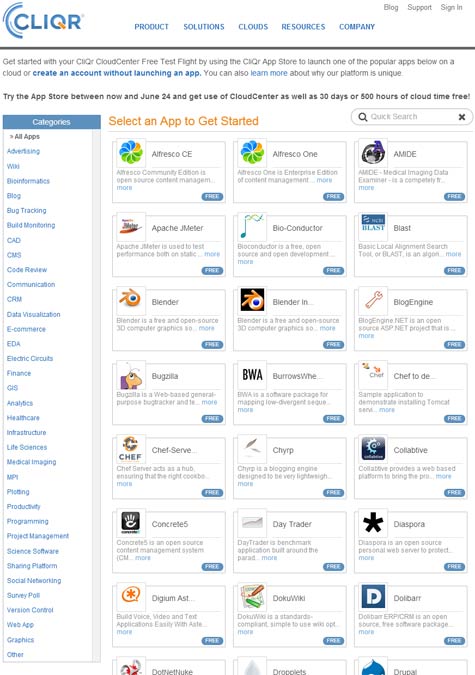