Nine Innovative Gifts for the Holidays

The rush to the holiday continues as Congress tries to figure out a way to avoid another shutdown. In other words, it’s business as usual for mid-December in the U.S.

On the IT and telecom front, no single story dominated the relatively quiet week. But, as usual, there were several items worth considering. Here are some highlights:

An increasing number of broadband customer premise equipment (CPE) devices are being deployed, according to ABI Research. The firm says that by the end of the year, 151.9 million will be in the field worldwide.

The firm said that established DSL and cable gear still dominate, but their numbers likely dropped a little bit this year because of the slowing of new subscribers. That slippage was more than compensated for by DOCSIS 3.0 cable and Very High Bit Rate Digital Subscriber Line (VDSL) telephone company equipment and other more advanced devices, the release said.

Western Europe and North America account for about half of the world’s VDSL shipments. DOCSIS and fiber CPE shipments are expected to grow 11 percent and 16 percent, respectively, in North America this year.

Not News: People Upset with Comcast

Subscribers have lodged a class action suit again Comcast over its Xfinity Home Hotspot. The hotspots face in two directions, and offer services both to the home and to the public outside the premises. The suit charges that the opt-out choice to subscribers of the program resets with each firmware update, that the company is sending out misleading emails that may lead to mistaken orders, and that the company basically is using subscribers’ electricity for its commercial ventures. 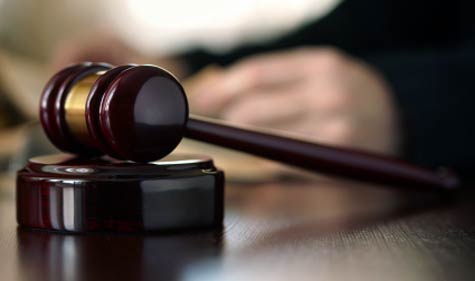 TechDirt suggests that there is an easy way around the entire issue:

Fortunately, Comcast customers can skip the legal proceedings and take things into their own hands by buying their own compatible router and modems, thereby avoiding paying Comcast a $10 per month rental fee to help build Comcast’s nationwide Wi-Fi network. Estimates suggest Comcast makes $300 million per quarter just off of these modem rental fees alone, and the monthly fee has steadily climbed skyward over the last several years.

AT&T Senior Executive Vice President John Donovan made some important comments at Barclay’s 2014 Global Technology Conference. He said, according to Telecompetitor, that the carrier is in the process of moving from being a hardware company to becoming a software company.

This transition seems a bit esoteric until numbers are put to it. The company, when it is hardware-oriented, runs optimally at 45 percent utilization. When the pipes are dumber but the software is smarter and more empowered, “a reasonable goal could be 80% to 90% utilization.” Software-defined networks (SDNs) play a key role in this metamorphosis.

There are several examples in the history of the telecommunications and IT industry when a new service or application was rushed to market before adequate security was built in. In fact, the Internet itself gradually emerged with spotty security provision and, once it exploded in popularity, was inadequately protected.

Christer Swartz, the consulting engineer for data center and virtualization for Palo Alto Networks, used two LightReading events to counsel the industry to avoid this pitfall with SDNs and Network Functions Virtualization (NFV). The story at the site quotes Swartz on the importance of skipping this step at the outset:

‘Security has always been step two — we design the new WAN, the carrier backbone, and then we decide where to put security, and that creates a big window of opportunity for something bad to happen,’ Swartz noted. ‘Security needs to be part of the absolute starting point, so you don’t have those problems.’

The conferences were the Future of Cable Business Services and Mobile Network Security Strategies. Swartz was involved in a project for an unnamed “major content company” that didn’t follow this path and, according to the story, “wound up with significant requirements to backhaul traffic to introduce security after the fact.”

Just What Some Doctors Ordered

And, finally, comes a story that raises the questions of the extent to which the health care sector really is with the mobile program. HIMSS Analytics released research this week on the use of smartphones and tablets in hospitals. The firm found that more than half of hospitals in the U.S. report that these devices are indeed being used. Sixty-nine percent of respondents use apps to access clinical information, but only 33 percent believe they get most of what they need through the devices. One-third believes use of the devices drives efficiencies.

The question is whether these numbers are in line with the perceived notions about the massive benefits that tablets and smartphones offer. The report suggests that there is moderate adoption, but that a good deal of progress remains to be made.