Backup or alternate power for mobile devices has become a necessity for everyone, not just road warriors. Whether you’re stuck in a never-ending meeting, stranded in an airport with limited charging access, or the victim of a severe storm, you’ll be glad you checked out the options and prepared for lack of access to your usual means of device charging. 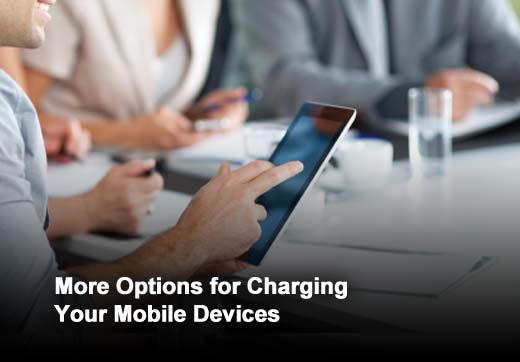 Click through for nine alternatives for charging your mobile device. This high-quality solar charge backpack bag is constructed of 1680 D polyester, which is strong and durable material that will help keep the contents dry and provide flexibility when you need it. The solar panel is conveniently positioned to collect the most solar power from the sun and is out of the way. The power storage unit that comes with this solar charge bag is one of the most advanced available. It uses the latest lithium-ion polymer technology and provides more energy for its weight than any other battery storage technology. 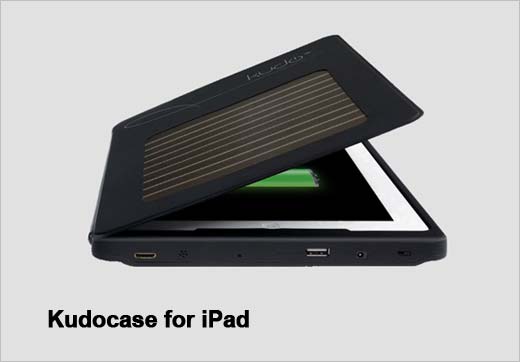 The Kudo uses new photovoltaic ink technology, essentially a liquid solar panel, to convert indoor and outdoor light into usable energy and continually charge the iPad with a constant trickle from its built-in iPad solar charger. Users will see different results depending on usage and lighting conditions, but the average user will go up to about 10 days before having to charge the iPad.  A cable is included to charge the Kudo through the wall and fully power the Kudo and iPad together from time to time. 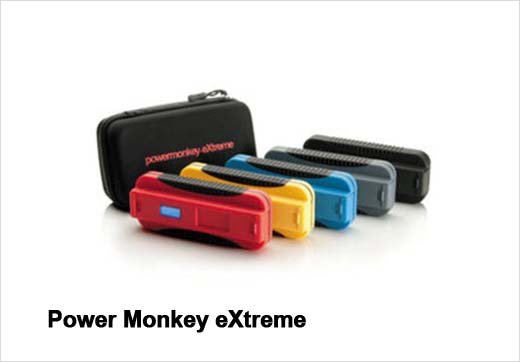 The Power Monkey eXtreme’s large capacity, 9000 mAh lithium battery holds enough power to fully charge your tablet or phone multiple times, and can also charge two devices at once. Holds 75 percent of its charge even after a year of inactivity.

The Powermonkey eXtreme is capable of recharging most 5V devices, including an iPhone up to 6 times, a Garmin Edge 800 up to 6 times, and standard mobiles up to 12 times. 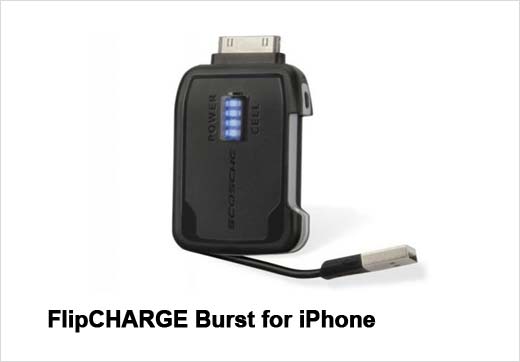 FlipCHARGE burst gives you instant power for your iPod or iPhone. This backup battery is capable of recharging the battery life of your iPod up to 70 percent or iPhone up to 30 percent. A flush folding USB cable and dock connector has been integrated to allow you to sync your device while charging. This cable is also used to recharge the flipCHARGE burst. A convenient carabiner clip has also been included, which allows you to attach the flipCHARGE burst to your backpack, golf bag, luggage or nearly anything else.

Four LED lights indicate how much battery power is left. When you notice that your flipCHARGE burst is low on power, recharge it using the flush folding cable to plug it in to any computer, wall charger or car charger. The flipCHARGE burst has a powerful 720mAh lithium-polymer rechargeable battery. When completely drained, the battery pack can be plugged in for approximately 2.5 hours to get fully recharged. iPhone and iPod Touch road warriors rejoice! Finally, Solar eCharger Exec-Duo is here to solve your device battery woes by extending your battery life up to 2.5 times. Two 1000-mAh lithium polymer batteries harness the power of the sun to fully charge your gadget in less than four hours.

The soft leather case holds two solar panels and envelops your precious device for shock protection and easy grip. The sleek design allows convenient charging from the sun as well as a mini-USB port to recharge from a computer or wall outlet. 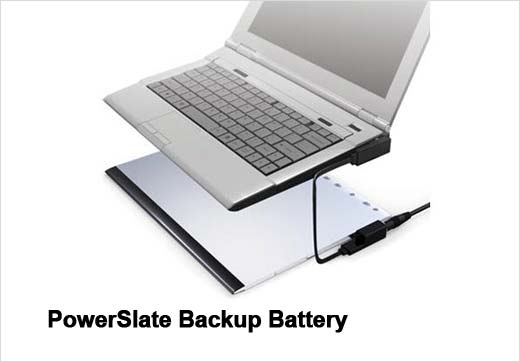 Stay connected with this letter-size, (only 1/5″ thick and 23 oz.), 13,500-mAh battery with holes for a ring binder. Perfect for business travelers and students. Power Slate doubles your laptop time, and charges your phone 8+ times. 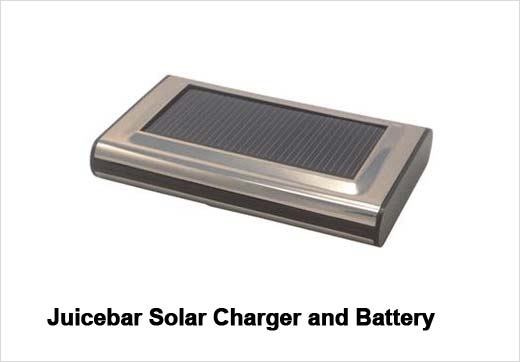 This lightweight, pocket-sized, portable solar gear charger holds enough power to charge most hand-held electronics, but won’t weigh you down. The Juicebar Pocket Solar Charger contains a high-capacity lithium-ion battery that can be charged via USB or by exposing the solar cell to light. It even has a built-in LED flashlight.

The powerful 3.7-volt – 2000mAh universal battery charger includes connectors for devices that charge via USB and micro-USB, plus Nintendo 3DS, Sony PSP, and most popular phones. It also features a standard USB out for maximum compatibility with existing cables. For iPhone, iPod, and iPad users, use your existing 30-pin or lightning connecting cable. There is also a handy LED indicator to show you when the internal battery is charging and a small pouch for storing the included cables and connectors. 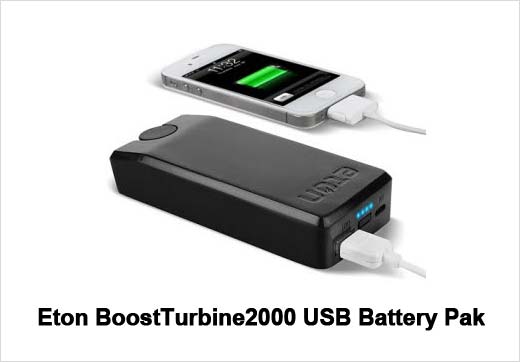 Eton’s BoostTurbine2000 provides unlimited power so your smartphone will never run out of power wherever you are. Charge the internal 2000 mAh lithium-ion battery with the included micro-USB input cable and use your phone’s USB cable to repower your phone on the go. The hand turbine power generator provides power when you need it most; in one minute, it can produce enough power for a 30-second call or a few critical texts. When fully charged, BoostTurbine2000 fully charges most smartphones.