The inevitable move of communications technology from consumer to enterprise is under way for tablets. Of course, it has been for a while: Research In Motion’s PlayBook and Cisco’s Cius both are aimed at business. The move is gelling, however, according to recent research.

Indeed, four pieces of research were recently released that put the drive to give tablets to workers — as well as the ongoing growth in popularity of the devices in general — into context. The bottom line is that tablets are growing more popular in both venues and that Apple is king. While it clearly won’t lose its crown in the enterprise, its days of overwhelming dominance seem likely to fade.

We’ve gathered a list of the hottest new tablets for 2012. 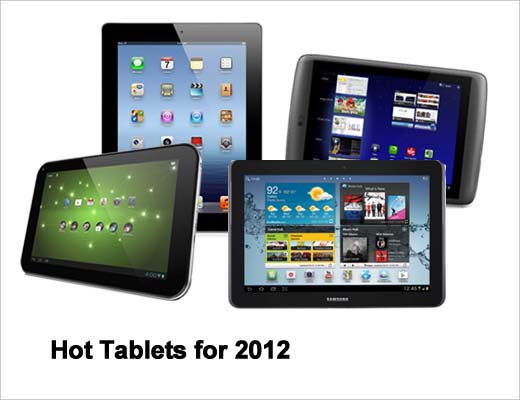 Click through for eight of the hottest new tablets for 2012. 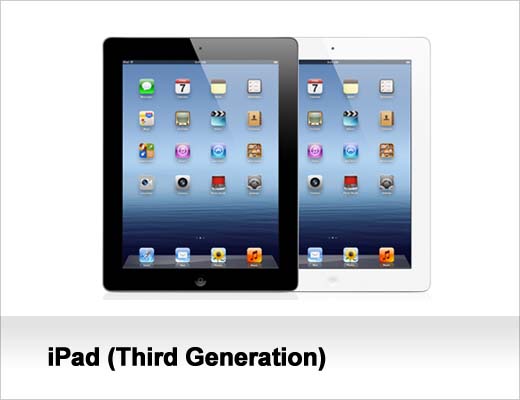 The new iPad comes with a dual-core Apple A5X custom-designed, high-performance, low-power system-on-a-chip with quad-care graphics that powers a 3.1 million pixel 9.7-inch (diagonal) LED-backlit Retina display, 5 MP iSight camera, and optional 4G LTE connectivity. It weighs in at 1.44 to 1.46 pounds and boasts storage options from 16 GB up to 64 GB.  Input/output features include a 30-pin dock connector port, headphone minijack and a microphone. 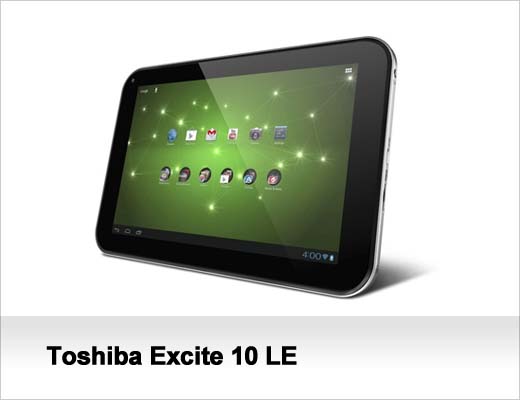 The Toshiba Excite™ 10 LE is the thinnest, lightest 10-inch tablet, weighing in at 1.2 pounds and measuring .3 inch thin. This tablet is powered by Android™ 4.0 – Ice Cream Sandwich™, and offers expandability with a variety of built-in ports, including HDMI®, USB, and microSD™ card. Bluetooth® for wireless headphones and a keyboard is also available. The 10.1” tablet has a 1280×800, LED-backlit display and the screen is made of Corning® Gorilla® Glass. 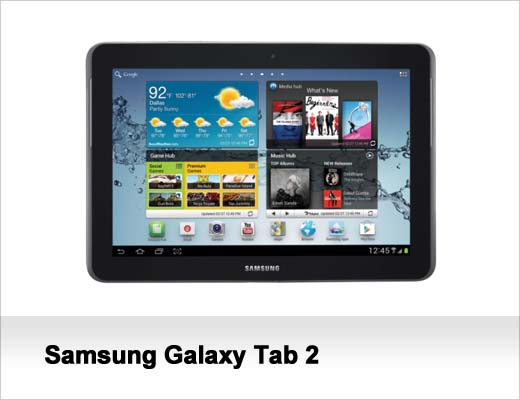 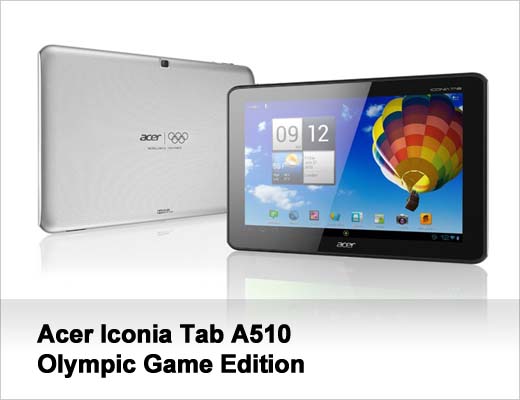 In celebration of the 2012 London Olympics, Acer has unveiled the Iconia Tab A510. This special edition tablet carries the symbol of the iconic Olympic rings in its design — representing the strength, confidence and possibility that the Olympics stands for. Featuring NVIDIA® Quad-Core performance, the latest Android™ 4.0 OS and a productivity suite, you can multitask at a new level and surf the web without waiting. The tablet comes preloaded with entertainment apps like Kindle, Netflix and Google Music. The tablet has 32 GB of internal storage and a microSD™ memory slot for up to 32 GB. The unit also includes a USB 2.0 port and micro-HDMI™ out port with support for 1080p & dual displays. 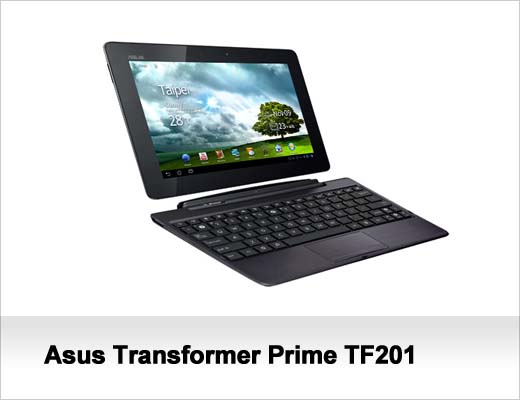 Powered by the world’s first quad-core processor NVIDIA® Tegra® 3, the Transformer Prime runs on Android™ 3.2 Honeycomb™ (upgradable to Android™ Ice Cream Sandwich™) and offers 32 GB to 64 GB of storage, WiFi and Bluetooth® connectivity, as well as HDMI™, USB and SD card ports. The 10.1” LED-backlight display is made of Corning® Gorilla® Glass and offers 10-finger multi-touch support. The unit boasts two cameras: a 1.2 MP front camera and an 8 MP rear camera with auto-focus and flash. 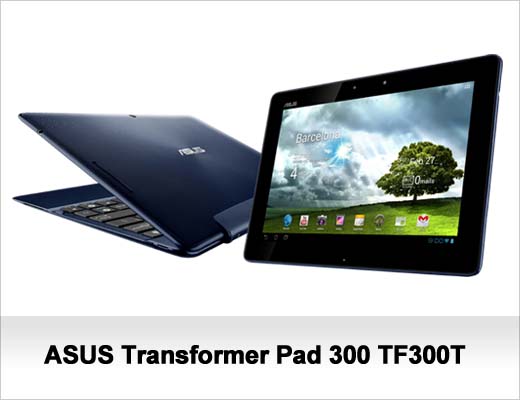 The Transformer Pad 300 shares many of the same great features as the rest of the Transformer range, including a 10.1″ multi-touch screen, a powerful NVIDIA® Tegra® 3 quad-core processor and an 8 MP auto-focus camera. With a sleek and slimline design, it’s the ideal tablet for anyone buying on a budget, and for those looking to get more out of their tablet, an optional mobile keyboard dock adds extra features, increases productivity and extends the 10-hour battery life to up to 15 hours.  The tablet runs Android™ 4.0 Ice Cream Sandwich™, and has 32 GB of memory, microSD™ slot and a micro-HDMI™ port. 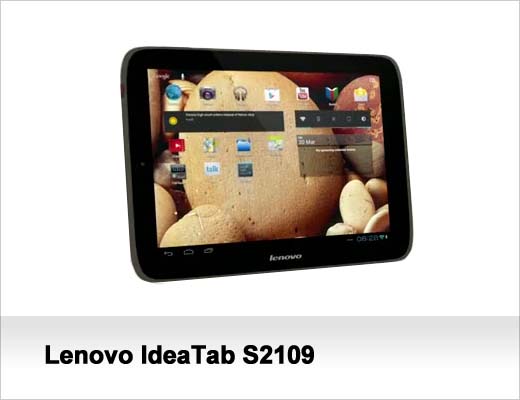 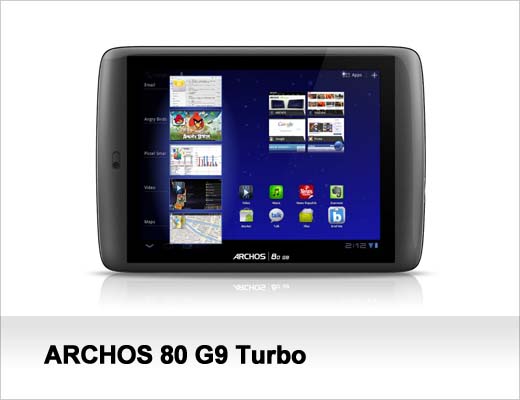 The ARCHOS 80 G9 Turbo includes a Texas Instruments OMPA™ 4 smart multi-core processor running Android™ 4.0 Ice Cream Sandwich™.  To give you more space for your media and apps the tablet is available in flash storage and 250GB hard drive storage versions. Using an intelligent caching system on the hard drive versions, your 250GB ARCHOS 80 G9 TURBO will feel as fast and responsive as a flash device but gives you storage space to spare. The tablet has a 720p front camera with 720p encoding, and includes microSD™, micro-USB, and micro-HDMI™ ports.  The 9-inch table provides WiFi and Bluetooth® connectivity options.