Times are good for tablets. Forrester has projected sales to double in 2011. An influx of Android tablets has made the space more competitive, leaving business persons and consumers alike with an abundance of new tablets to choose from, including a second-generation iPad. As the plethora of options leaves users torn, we’ve refreshed our previous entry on the hottest tablets with 10 new and notable tablets.r costs. Click through for 10 new tablets hitting the market for business and commercial users. 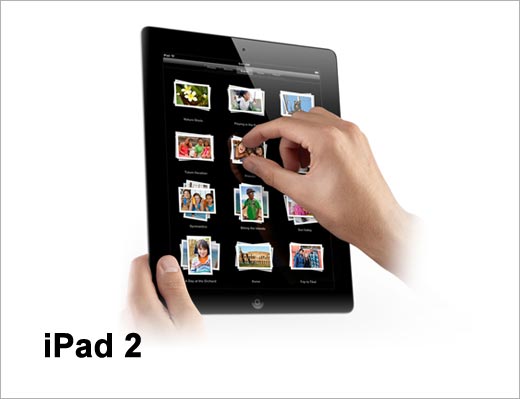 Apple’s iPad 2 starts at $499 and begins shipping in the U.S. on March 11 and internationally on March 25. Available in black or white, the tablet will be supported by both AT&T and Verizon. The device features a new, slimmer design and faster A5 processor. In addition, the iPad 2 is equipped with a front- and rear-facing camera for video chatting and taking photos. Acer demonstrated its Iconia A500 at Mobile World Congress in Barcelona. The tablet features Android 3.0 Honeycomb and comes equipped with a 10.1-inch display, a 1 GHz Tegra 2 processor and 512 MB of memory. The Iconia 500 also features front- and rear-facing cameras and mini HDMI and USB ports. The tablet is still awaiting a launch date and price. 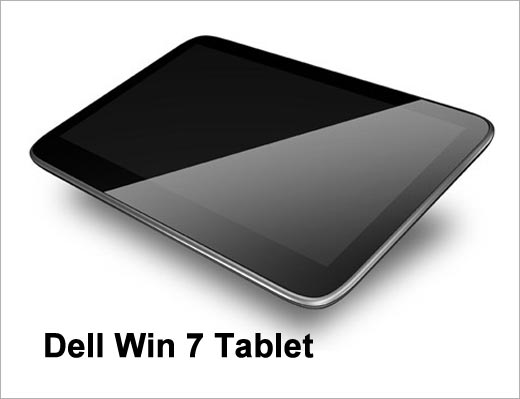 Dell announced the impending launch of its 10-inch Windows 7-powered tablet. The device, geared to serve the needs of corporate users, will be equipped with a yet-to-be-named, next-generation Intel processor. The 10-inch tablet is expected to be made available mid-year. 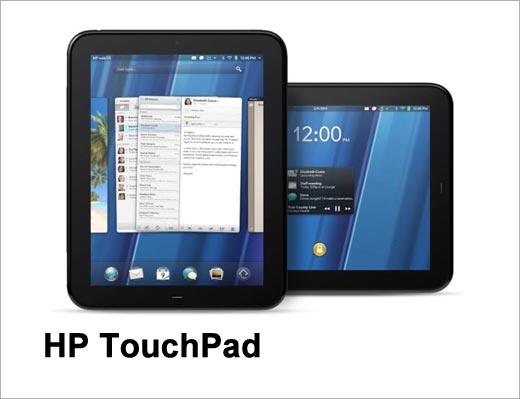 HP unveiled the TouchPad, which is set to go on sale this summer. The tablet features a user interface designed to integrate with Facebook, Skype, Twitter and other social media platforms, says the San Francisco Chronicle. The TouchPad makes use of Palm’s webOS platform. The device has the same dimensions as the iPad, but features a front-facing camera for video calling. 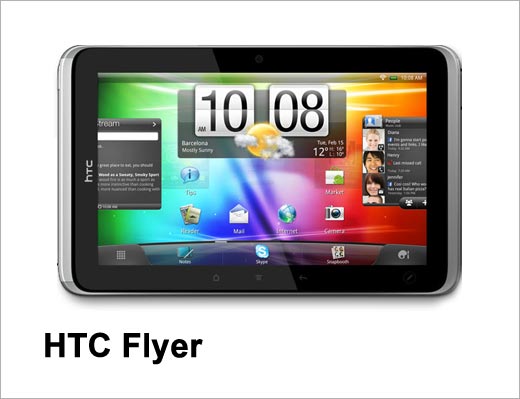 The HTC Flyer is one of three Android tablets due for release this year from the manufacturer. HTC redesigned and adapted its Sense user interface to optimize user experience for the 7-inch tablet powered by a 1.5GHz Qualcomm processor. The tablet does run on Android, but instead of utilizing Honeycomb, which is designed specifically for tablets, the HTC Flyer uses a hybrid version of Gingerbread. Other specs include: 32 GB of internal storage, 1 GB of RAM, 5 megapixel camera, 1.3 megapixel front camera, 4000 mAh battery, Wi-Fi and Quad-band GSM/GPRS/Edge. In addition, the HTC Flyer includes a digital pen that leverages new HTC Scribe technology that lets users digitally sign documents, annotate books, take notes that can be played back later, and copy URLs and Web pages into messages. LG’s G-Slate tablet is powered by Android and equipped with a dual-core Tegra 2 chipset, 8.9-inch 3D display, 3D camera, and of course, Honeycomb. It also runs on T-Mobile’s 21mbps HSPA+ network. The G-Slate also has a two-megapixel frontside camera for video conferencing and 32 GB of storage space. 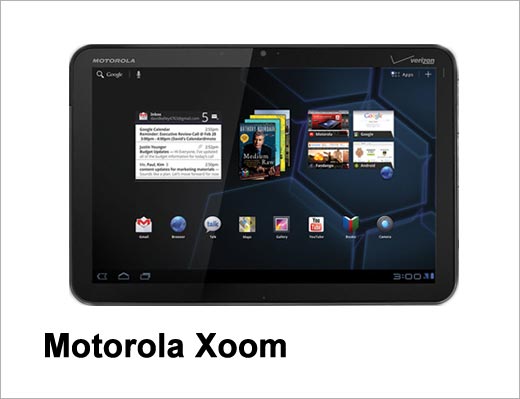 Motorola unveiled its new tablet, called the XOOM, at its press event at the Consumer Electronics Show in Las Vegas. The device will initially work on Verizon’s 3G network and will be upgradable to work on the 4G network in the second quarter of 2011. The XOOM will run Android 3.0 Honeycomb, the first version of the OS specifically for tablet PCs. The XOOM features a dual-core processor providing 2 Ghz of processing power, a 10.1-inch touchscreen display and 1080p HD video output over an HDMI connection. The tablet also boasts a 5 megapixel rear-mounted camera that can capture 720p HD video as well as a 2 MP front-facing camera for video chat and it contains 32 GB of on-board memory. OpenPeak’s Open Tablet 10 is an Android-powered tablet that features a 10.1-inch transflective LCD display – for reading in all lighting conditions – encased in Corning’s Gorilla glass. The OpenTablet 10 also has a 720p front-facing camera for videoconferencing and packs a Moorestown Atom processor from Intel, reports Andronica. The tablet also supports Flash, features Bluetooth and Wi-Fi connectivity and includes ports for HDMI and USB 2.0. 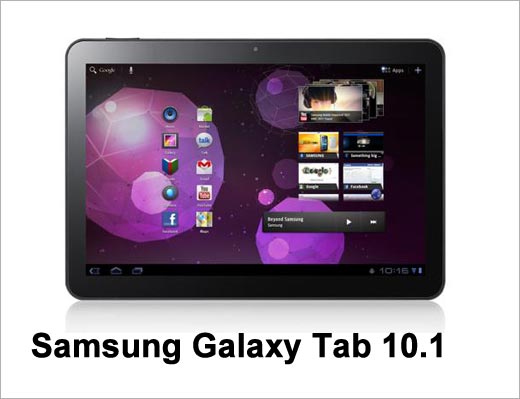 The Samsung Galaxy Tab 10.1, a second-generation Android tablet, features a 10.1-inch display, is powered by a dual-core 1GHz processor and runs Android 3.0 Honeycomb. The Galaxy Tab 10.1 is equipped with a 6860mAh battery and includes front- and rear-facing cameras. A 16GB and 32GB version of the tablet will be available. Toshiba recently announced its new tablet with a teaser website. The Toshiba Tablet, as it’s called, has a 10.1-inch screen, multi-touch display with 1280×800 resolution and a 16:10 aspect ratio. The tablet will use Nvidia’s Tegra 2 chip, Google’s Android 3.0 Honeycomb and is equipped with ports for USB 2.0, HDMI, mini-USB and an SD card slot. Other elements included in the Toshiba Tablet are support for Flash, rear- and front-facing cameras for taking photos and video chat. Toshiba also boasts a long-lasting removable battery and Bluetooth and Wi-Fi connectivity.