10 Features that Will Make You Love Windows 10

Microsoft has finally rolled out the much-anticipated Windows 10 operating system. IT Business Edge’s Paul Mah looks at the final version, and highlights a number of features that should make you love Windows 10. 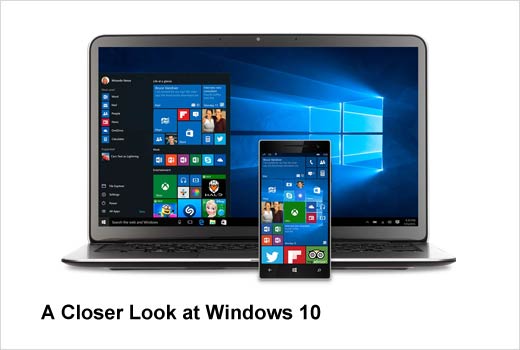 A Closer Look at Windows 10

Click through for 10 features that will make you love the new Windows 10, as identified by Paul Mah. 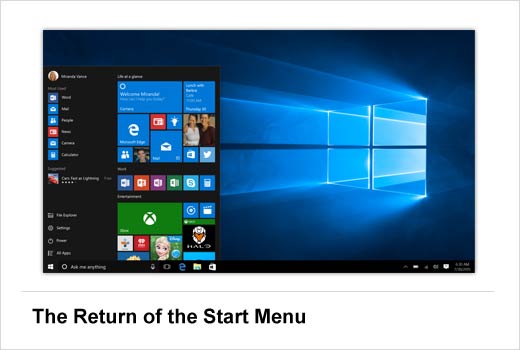 The Return of the Start Menu

Windows 10 marks the return of the beloved Start Menu, which Microsoft managed to make even better with a fresh design and customizable options. Similar to the design in Windows 7, the new Start Menu shows a list of programs on the left, as well as an extra pane on its right where you can find the tiles from Windows 8. Tiles – including Live Tiles – can be added, removed, resized and placed into different groups. Microsoft Edge is an all-new browser designed to make a clean break from the often-loathed Internet Explorer. Built around the latest web standard and powered by a new rendering engine under the hood, Microsoft says that it is the fastest browser on Windows 10 today. Microsoft Edge is also designed for a new generation of Windows tablets and touch devices in mind, offering built-in inking capabilities that let users write directly on webpages – and share with others. 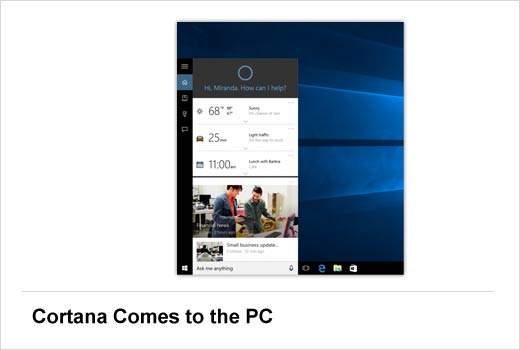 Cortana Comes to the PC

The Windows Phone assistant makes its grand entrance to the desktop with Windows 10. Cortana shows up as a search pane on the taskbar, which users can type their requests into to get things done, or to perform a search on their PC (or the web). Alternatively, users can invoke it by saying, “Hey Cortana” aloud, and then making their request, as they do on the Windows Phone. Windows Hello is the Windows 10 biometric login feature that does not get much press, mostly because it will not work with old PC hardware. Used with a special depth-sensing “RealSense” 3D camera, users can log into Windows by literally looking at their laptop. Unfortunately, the list of compatible laptops equipped with RealSense cameras is very limited for the moment, though Windows Hello is not limited to just facial recognition, but also works with fingerprint and iris scanners. 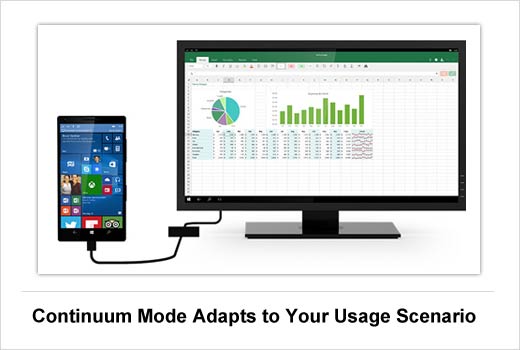 Windows 10 comes equipped with “Continuum” technology to ensure that the operating system responds to the device environment, which is especially useful for convertible devices that can switch between tablet and desktop mode. Essentially, Continuum detects when a keyboard is detached, or a screen is flipped around, and brings up a prompt to switch to tablet mode with the Start Menu and Modern apps going full screen – and vice versa. 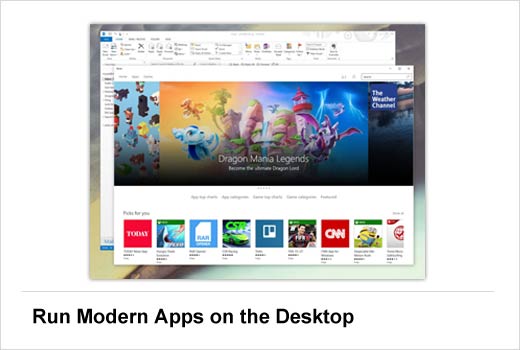 Run Modern Apps on the Desktop

Remember the touch-friendly, full-screen apps that debuted with Windows 8 to much fanfare? The source of endless complaints, Modern apps now takes advantage of Continuum, and will show up as a normal windowed application when in desktop mode. You can run multiple Modern apps in this mode, and resize or drag them around the desktop as you desire. In tablet mode, Modern apps continue to behave the same way they did in Windows 8. The humble Task Switcher, typically brought up by pressing on both the Alt and Tab buttons, has been improved in Windows 10. Bigger icons make it much easier to distinguish between the various applications, which also come with helpful text labels to make identification easier. In addition, an “X” button now appears on the top-right hand corner of each app seen on the Task Switcher, and running applications can be closed by clicking on that. Microsoft finally decided to equip Windows with a native virtual desktop feature in Windows 10. The feature is accessed using a new Task View button located next to the Start button. Clicking on it brings up a desktop bar where new desktops could be created, re-arranged or closed. Clicking on the Task View button will also show all open files, windows, and desktops, behaving somewhat similar to the Exposé feature on the OS X. 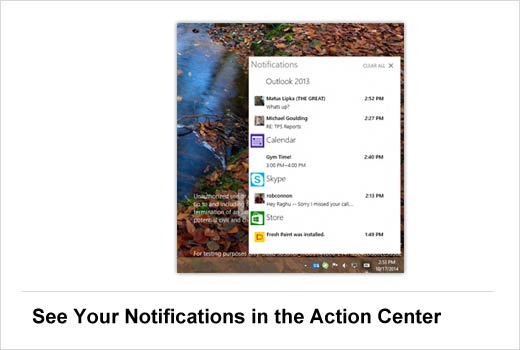 See Your Notifications in the Action Center

The Windows 10 Action Center is a place where notifications can be viewed, much like what you have on Android and iOS smartphones. Notifications can be configured, and come from various applications, including social media updates from Twitter and Facebook. However, Microsoft took the concept slightly further, and added the ability to configure a list of “quick actions” buttons that show up along the bottom of the Action Center for handy access. Finally, in an unprecedented move, Microsoft had announced that Windows 10 would be a free upgrade for existing Windows 7 and Windows 8.1 users. The offer is valid for a year from the official launch of Windows 10 on July 29, and applies to consumer editions of Windows. Microsoft recommends that 32-bit Windows 10 will run with 1GB of RAM and the 64-bit version with 2GB, so PCs bought in the last two to three years should have no problems upgrading.

Previous articleDigital Exhaust: What Everyone Should Know About Big Data, Digitization and Digitally Driven Innovation
Next articleBeware the Data Collectors for They Are Us: Privacy and Big Data