When the CEO and CIO Are in Harmony, the Business Benefits

Over the past couple of weeks, I’ve been writing a series of posts stemming from a unique opportunity I had to conduct separate interviews with the CEO and CIO of a $600 million publicly traded technology company, to get a sense of the two executives’ perspectives on the role of the CIO. The exercise reinforced the fact that when those two perspectives are in harmony, the CIO can have a meaningful impact on the business.

The company I’ve written about is Datalink, a cloud services provider in Eden Prairie, Minn. The CEO is Paul Lidsky, and the CIO is Dave Brady. In a previous post, I wrote about Lidsky’s view on the importance of having an IT leader who is a “hybrid” CIO. This is how he explained the role:

That means the CIO is involved, in my case, with the CEO in executing the strategy. The CIO is really involved in making sure that the company’s capabilities support a growth strategy, and part of that is operating an IT organization that is more services-oriented. That means being more closely in touch with the needs of the business from a standpoint of future growth. So the traditional responsibilities, along with involvement in execution of a growth strategy, along with becoming more of a services organization—when you blend those three together, you get a hybrid CIO.

Lidsky said he would characterize Brady as a hybrid CIO, “partially because that’s the way he thinks, and partially because that’s how I choose to use his role in the company.” To get a better sense of just how Brady thinks, I spoke with him a couple of days after I spoke with Lidsky, and I asked him how he approaches the role. He said he approaches it as a partner with the business:

When you sit down and talk to the business, the business is always interested in what you can do for me now, how you can help me with what I’ve got to do tomorrow, and how you can achieve my business objectives for each year. It’s bringing new value, and that’s where a lot of these departments are going rogue, and going off and doing their own stuff. IT is not delivering the value that these business leaders need today. Where IT spends most of its time is caring for and feeding the value that was delivered yesterday. It’s the legacy—it’s the cost of doing business. Somebody’s still got to take care of that stuff—that’s what most of the IT budget, staff, and time goes to. And it differs by company—some companies might spend half of their IT resources on that; other companies might spend as much as 90 to 95 percent of their IT resources on that. The business leaders are saying, “I’ve already got that value, let’s move on to the next thing,” and a lot of times, the IT organization doesn’t have the bandwidth to deal with that.

You have the technically oriented IT leader, and what you get is a very technically oriented IT department: ‘We take care of our technology.’ And then they get very possessive about the technologies and strategies they’ve put in place. The other type of leader, and I think you’re seeing more of a movement toward this, is the service-oriented one. The role isn’t about taking care of the technology on a day-to-day basis; the role is about delivering the right set of services to the business that they require to not only operate their business today, but to take them where they need to go tomorrow. So I think you’re seeing this divide in the IT industry on the corporate side—the IT shops are falling on one side of that fence or the other. And I think the ones that are helping business navigate through all of these new cloud offerings, software as a service, insourcing vs. outsourcing—the ones that are helping the business make all those decisions, which are really rooted in business value—that’s being driven by the service-oriented IT organizations, not the technology-oriented IT organizations.

I mentioned to Brady that a lot has been written about the question of whether the CIO role is becoming obsolete—the idea being that it’s morphing into a chief analytic officer, or a chief data officer, or even a chief marketing officer role. I asked him for his thoughts on that, and he said the role of CIO as technical leader is diminishing:

What companies are requiring of their CIO or top IT leadership is, they need a business leader. You go back to 20 years ago, it used to be a lot more complicated on the technology side. It’s not that it’s not still complicated, but it’s not as bad as it was 20 years ago—it was harder to make things work back then. And there were fewer options—you were locked into what the vendors were offering, and it was a lot more hardware-oriented. It’s a lot more software-oriented today. What I’ve seen in my career is it’s always been about the business—what businesses need from their IT organization is business leadership. You’ve got to know the business, first and foremost—it’s your products, your services, your customers, your suppliers, what markets you’re in, the structure of your company—you’ve got to know that. That’s not IT in the traditional, technical sense, but that’s business. You’ve got to understand, from an IT standpoint, how you service and support all of that. The value that IT brings to the business is that it’s the sole area within the company that everything touches—it’s the crossroads of all the business processes in the company. So where IT can add value is not just at the technology level, but at the process level.

I noted that a lot has also been written about the fact that relatively few CIOs make the leap to CEO. I asked Brady why he thinks that’s the case, and he said first and foremost, they don’t have the business background:

To be an effective CEO, you have to understand all the moving parts of the business—finance, HR, sales, marketing, products and services. Your constituents are different. If you’re a public company, your constituents are not only your business, and all the different facets of that. Now you’ve got the [investment] community you need  to deal with; you need to deal with government; you need to deal with your customers directly; you need to be attuned to all the regulatory environments. If you’re global, that becomes even more complicated. That’s a long way from technology, and what’s going on in the data center. 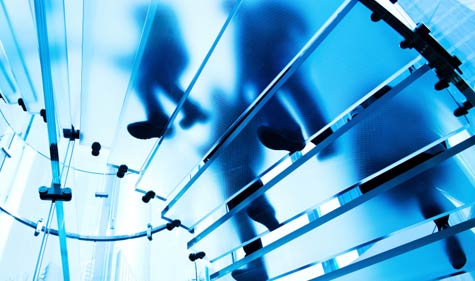 So as CIOs become increasingly business-focused, will more of them make the leap to CEO in the future? Brady said he thinks two things are going to change in that regard:

I think you’re going to see the business-oriented, service-oriented CIOs will move into more business positions. They might still retain the IT responsibility, but they might pick up more business responsibility, whether that’s a P&L group, or some facet of operations for the company. You’ll see that some of those individuals will make outstanding CEOs—I know some personally. The other thing is, when you look at CIO openings in the future, I think you’ll see more of those positions filled with business leaders vs. technology leaders. So you’ll see that pendulum swinging more toward business. You see that already—you see CIO positions being filled with people who don’t have IT backgrounds. They’re coming out of the operations area, or the finance area; they might be coming out of the marketing area, with the big push on digital strategy these days.

I asked Brady if he has any aspirations to become a CEO. His response:

I don’t know yet. I do have aspirations to do more than just IT, so I wouldn’t mind being a COO. Do I want to be a CEO at this point? I don’t know. That’s a big commitment.