What Are This Country’s 10 ‘Geekiest’ Cities? The Answer May Surprise You

Ok, here’s one for you: What are the 10 geekiest cities in the United States? Based on the results of an analysis performed by Mintigo, a predictive marketing firm in San Mateo, Calif., the Top 10 list includes what I found to be some unlikely places.

I had the opportunity to discuss the list with Tal Segalov, chief technology officer and co-founder of Mintigo, and he gave me a sense of the factors he and his colleagues considered in performing their analysis.

“Mintigo tracks thousands of indicators that identify all kinds of activities in companies,” Segalov said. “We have a very good view into company technology usage—people with specific expertise, what hiring they are doing and have done in the past, and platforms they have deployed.” He said they took into account “all software and hardware engineering indicators,” including operating systems, platforms, and computer languages. Other factors included technology usage patterns; news and PR mentions about technology topics; and website mentions of relevant topics.

1. New York City: Silicon Valley may have more programmers, but in a city-by-city comparison, NYC wins the trophy. New York has an immensely active tech startup scene, and with the financial district in permanent need of technological assistance, it’s officially the Geek Capital of America.

2. Chicago: The Windy City ranks high across the board on technology, despite few press mentions on the issue. Chicago is filled with top-tier universities and a vibrant job market, which, in spite of a less vocal startup scene, makes it the best-kept secret in the tech industry.

3.  San Francisco: It should come as no surprise to the world that San Francisco ranks highly on our list, given that it’s the No. 1 tech hub in the world for start-ups. Its volatile and competitive job market makes the Golden Gate City a mecca of geeky opportunities.

4.  Houston: Perhaps a surprising top-five city, Houston makes our list due to its booming manufacturing and trade industry, as well as a rising demand for software services. Lest we forget, the majority of scientists and engineers work for manufacturers.

5. Washington: When you think D.C., your mind may jump to sly politicians rather than geeky techies, but in reality the geeks outnumber the Frank Underwoods by a landslide. Government uses a ton of technology, and some very successful technology companies are headquartered in D.C., making it one of our top geekiest cities in the country.

6. Atlanta: Surprisingly, Atlanta has a bigger tech market than Seattle, and a startup scene that’s comparable with San Diego. Most of the tech companies here are B2B, and cluster in the finance, health care and security industries. Several major tech companies like Yahoo and Square have satellite offices here, as well. We’ll call it “the low-key geeky kingdom.” 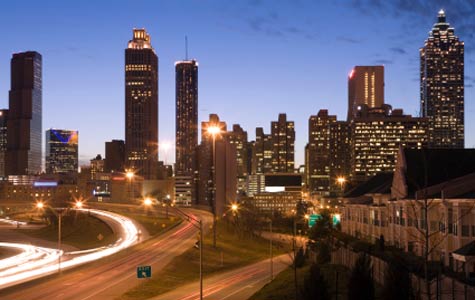 7. Dallas: The Dallas area’s tech sector has roared back, and the geeks are starting to take notice. With 3,000 technology companies and nearly 230,000 high-tech employees, Dallas may find itself in the top five geekiest places to live within the next several years.

8. Seattle: The only surprise about Seattle is that it’s not higher on our list. With Boeing and Microsoft calling the rainy city their home, you can imagine how many geeks have flocked here over the years. Seattle also has a vibrant startup scene, and is becoming well-rounded as a tech city. Geeks hate the rain though, because it obviously ruins their electronics.

9. Boston: Boston comes in swinging in the startup arena, but isn’t nearly as strong as its rivals when it comes to established tech companies. We found that it has less tech indicators than those higher on the list, but it’s still a geek’s paradise nonetheless.

10. Austin: The Texas music capital is not just attractive to musicians, but very appealing to the younger geeks and techies because of its up-and-coming startup scene. It ranks high on emerging technologies, but lower than other cities on more established technologies.

Segalov was kind enough to provide some interesting color commentary. As for what in the findings he found most surprising, he said there were three things:

Segalov’s prediction regarding cities that will break through in the next five years: