Mistakes happen, but for job seekers it can mean the difference between landing a new gig and collecting another unemployment check. According to Donna Fuscaldo, writing for Glassdoor.com, finding a job isn’t an exact science but if job seekers can avoid common snafus it can give them a leg up over the competition, which can be fierce.

From failing to learn about the company ahead of the interview to sending out a general resume to the masses, human resource experts, recruiters and career advisors weigh in to bring you the top ten mistakes job seekers make. 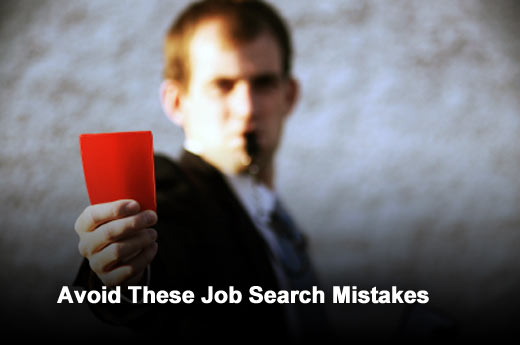 Click through for 10 mistakes job seekers often make, as identified by Glassdoor.com. Not spending enough time on the cover letter/introductory email

In this Internet age, brevity is the name of the game, but there is a fine line between being brief and being vapid when it comes to the cover letter or introductory email. “Ninety percent of job seekers have generic cover letters that reiterate bullet points on their resume,” says Tom Gimbel, founder and chief executive of LaSalle Network, a staffing and recruiting company. “A cover letter or introductory email is the first document an employer reads: make it stand out.” Gimbel says job seekers should use the company website to research current events that pertain to the industry and weave them into the cover letter. 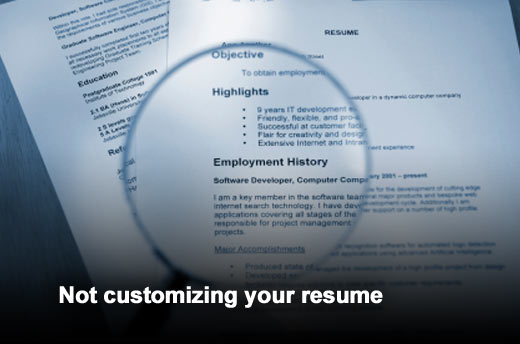 Not customizing your resume

When looking for a job, it makes sense to send out a ton of resumes each week and hope you’ll get a call back, granted you aren’t doing the equivalent of an email blast with a generic cover letter and resume. According to Alexandra Levit, business and workplace consultant and Career Advisory Board member, a big no-no is failing to customize the materials and remarks to the position the company is looking to fill. In fact, based on the Career Advisory Board’s Job Preparedness Indicator, 67 percent of hiring managers don’t think they have to settle for a candidate so it behooves you to customize your responses to the job ad, she says.

Failing to do research ahead of the interview

You got the call back for an interview and now you’re focusing on figuring out how to get there and what to wear when you should really be focused on getting to know the company and ideally the person that’s interviewing you. A common mistake, and one that can really hurt you during the interview, is not doing your homework beforehand, says Steven Canale, manager, global recruiting and staffing services at General Electric. You want to “know the company’s history, present and future,” he says. Spending too much time networking online only

In this age of LinkedIn, Facebook and Twitter, it’s easy to do all of your networking on the Internet, but it shouldn’t be the only tool to develop job leads. “I’ve found in my experience that people are more willing to help those they’ve met in person,” says Paul McDonald, senior executive director with Robert Half. “Step away from your computer and meet people at professional association events, volunteer programs, your alumni activities, and more.” 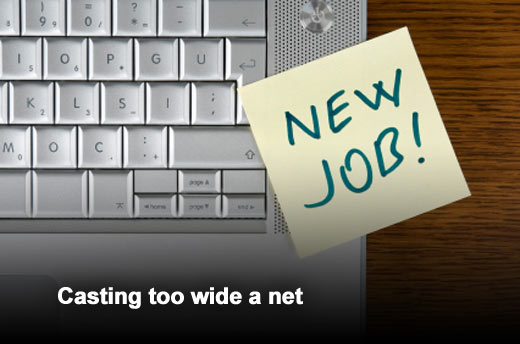 Casting too wide a net

You want to be out there as much as possible, but focusing on too many companies and/or job ads can get overwhelming, let alone become a huge waste of time. Instead, Gimbel says to focus on five companies you are interested in working for and go from there. “Locate current and past employees on LinkedIn or the company’s website and schedule a meeting with them,” says Gimbel. “Take this meeting as an opportunity to pick their brain and find out about the company’s culture, growth strategy and business practices.” According to Gimbel, those meetings will not only increase your knowledge about the company, but give you an opportunity to gain an advocate within the company. Not practicing for the interview ahead of time

Interviews can be intimidating, especially if you are going in cold, which is what many job seekers do. Being unprepared is a surefire way to bomb the interview and will leave you feeling less than confident next time around. Before you go on an interview, Canale says to make sure you know what your strengths are, what areas you are trying to improve, and what you enjoy doing outside of work. He also says job seekers should prepare “insightful” questions, not ones you can find on the company website. “Have the right attitude. Come across as confident but also as humble,” he says. “Eye contact is important. It’s an indication of confidence.” 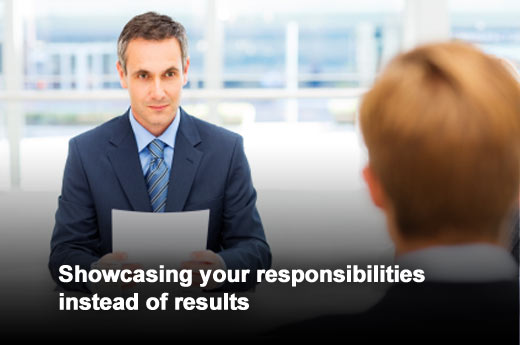 Showcasing your responsibilities instead of results

Whether it’s with a resume or during an interview, a lot of candidates think hiring managers want to know about their roles and responsibilities at their previous jobs. What they really want to hear about is the results that candidates were able to achieve. “Employers don’t care about what you did, they want to know how what you did positively impacted the bottom line,” says Levit. “Using any performance statistics you can come up with, you should be able to answer the question ‘why were your previous organizations better off because you worked there?'” Let’s say you are interviewing for a sales position. Instead of saying, “I was responsible for so and so region,” a better response would be, “as the sales lead for this territory, I boosted sales 10 percent.” 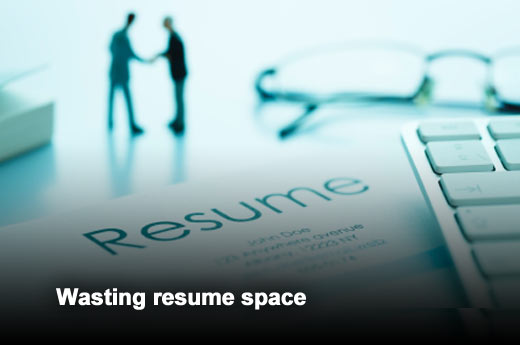 Your resume is your sales pitch, so you want to make sure it’s concise and easy to read. You don’t want to waste valuable resume space adding too much information about your volunteer work or hobbies, says Levit. At the same time, you don’t want to have an ultra-specific objective that will pigeonhole you into a particular position only, she says. “Use space wisely by including results-oriented information and as many transferable skills as possible,” says Levit. At the end of an interview, undoubtedly the hiring manager is going to ask you if you have any questions. If your first question has anything to do with starting salary or benefits, it’s likely to hurt your chances of getting a job. Even if you are dealing with a situation where there are multiple offers on the table, McDonald says you’re doing yourself a disservice if you focus on starting salary alone. “Look at the overall opportunity and not just the offer,” he says. “Does the company offer a strong career path and opportunities for growth? Be sure to weigh all factors before you make the final decision.” You got the job and now it’s time to sit down and talk about salary. While you want to get the most, often nerves get in the way, which results in either asking for too much or not asking for anything at all, says McDonald. Instead of going into the discussions unprepared, McDonald says to research salary trends for your position and at the same time keep an open mind. “You may not get the starting salary you want, but the hiring manager may be able to negotiate other options like vacation time or schedule flexibility,” he says.