After fifty years working with a range of companies — as well as founding and running his own company, J.D. Power and Associates — Dave Power has observed a good deal, and come away with a few thoughts about how to have the best shot at success in business.

The businesses he has seen grow, adapt, and thrive are the ones that keep a focus on satisfying customers by listening to them, anticipating their needs and desires, and maintaining their organizations’ prioritizing of these principles.

Whether he’s speaking with business school students or seasoned executives, he finds that his advice incorporates 10 basic lessons he has learned throughout his career.

Dave Power is the founder of J.D. Power and Associates. The new book about his fifty years in the auto industry, “Power: How J.D. Power III Became the Auto Industry’s Adviser, Confessor, and Eyewitness to History,” is currently available. For more information, visit http://www.davepowerbook.com. Click through for 10 lessons that can help you succeed in business, as identified by J.D. Power, III. Listen — to your customers, your employees, and your stakeholders.

Power has witnessed too many car manufacturers move further away from achieving satisfied customers by refusing to listen to them. One example that sticks in his mind is that of Peugeot back in the 1980s. They were trying to broaden their appeal and expand their share of the American car market, but they were unwilling to listen to customer complaints about difficulties starting their advanced fuel-injected cars. Peugeot was an early adopter of fuel injection, and American customers were “flooding” the engine by pumping the gas, something that was necessary in conventional engines at that time. Customers saw this as a quality issue, but rather than hearing this as a problem, Peugeot held fast, confident that fuel injection was superior from an engineering standpoint. No doubt they were right, but by not listening and adapting to their customers, they lost them, and by the early 1990s they had to abandon the American market. Remember who the client is.

In a B2B world, it is the organization or business you serve, not just the guy or gal sitting across from you. This is important from two perspectives. It is critical that you not serve the desires of the representative assigned to work with you to the disservice of the organization. On the flipside, you must feel empowered to not let that person become an obstacle to the organization receiving the information necessary to take full advantage of your services. Power has encountered situations where the person assigned to work with his team put up roadblocks to information reaching further up the chain of command because it undermined his own position within the organization. Power worked around this by sending letters directly to top leaders or using the press to get out the critical information, knowing that it was only when the message could not be ignored that true change for the organization could occur. Empower your employee to be curious, to do the right thing for the business, to speak up.

You need the right kind of leadership and a strong culture to make it work but there is nothing more valuable than this concept. At J.D. Power, if an employee came up with an idea, they owned it. This engendered tremendous initiative and loyalty, and may have been one of the greatest keys to J.D. Power’s lasting success. Relationships matter, but they need to be built on a bedrock of respect and trust, not just friendships.

Power never approached business relationships as requiring glad-handing or wining and dining. In the beginning, he simply couldn’t afford it, but as J.D. Power’s success widened, he found that true relationships with executives came from providing them with the clear, actionable information they needed to do their jobs, not time on the golf course. 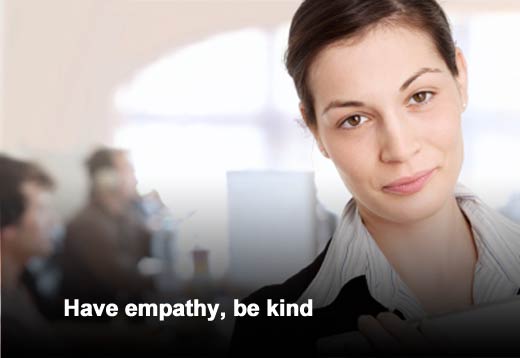 Have empathy, be kind.

Of course this applies to all of the individuals in your own organization who come together to provide the support you need to run your business—from your CFO to the cleaning crew. It’s a Golden Rule in Power’s book. He has found that it inspires employees to show that you care about them enough to acknowledge them and ask about their families. Another example is with regard to clients. Sometimes you don’t agree with what they are doing, or you know that they are in an unwinnable position. Power felt a compassion for them and always tried to make sure that our information was there to help them. Be willing to look at situations from unusual directions to seek the “truth.”

Don’t be afraid to take a counter-intuitive position in order to generate better ideas. The Jesuit education he received at the College of the Holy Cross provided a basis in questioning the status quo, a trait that has served him well. Power really believes that you need to anticipate changes, be flexible, and move with the trends. We are in the information age today. The rise of the Internet and its impact on retailing is the most recent example of the ways companies must adapt in order to survive, but there has never been a time when change was not actively underway. 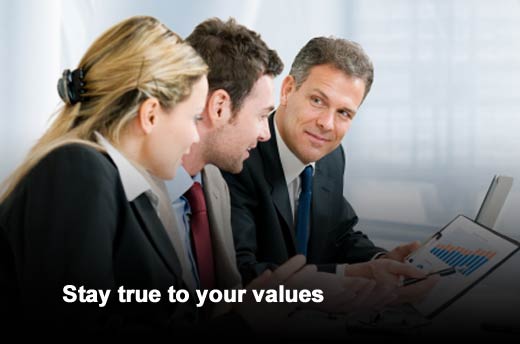 Stay true to your values.

Part of your brand is what you are — and, at the core, what you are is made up of your values. Whether you are an individual or an organization, you must keep your compass aligned to the virtues that guide you. At his company, Power really felt that they kept the organization focused on the Three Is: Independence, Impact and Integrity.

Find information and inspiration in the work of others.

Power has long been a student of the writings of Walter Wriston, Peter Drucker, W. Edwards Deming and Alvin Toffler. Their observations are still compelling today, as are myriad others who can offer insight and perspective that will be invaluable to your pursuits. Don’t torture the data till it confesses.

Don’t be blind to all but the good news you may want to hear. Consciously or unconsciously interpreting information that comes across your desk in a way that supports past decisions rather than illuminates needed improvements is short-sighted and won’t bring you closer to the satisfied customers who will ultimately dictate your success.

Previous articleMore Capacity and Greater Diversity: The Changing Face of Storage
Next articleSeven New Security Technologies Coming Out at RSA