One of the inconvenient truths about the TCP/IP protocols on which most IT environments rely is that they’re not very secure. As a result, IT organizations spend a small fortune each year on products and services to compensate for that deficiency.

However, there are industrial applications that don’t make use of TCP/IP at all. Instead, they rely on a Host Identity Protocol (HIP) that replaces IP addresses with cryptographic identities. The challenge is that there is nothing simple about implementing HIP.

To address that issue, Tempered Networks this week unveiled an Identity-Defined Networking (IDN) Fabric that provides a layer of abstraction above HIP designed to make these networking environments simpler to deploy and manage.

Tempered Networks CEO Jeff Hussey says the IDN Fabric, originally designed for industrial applications that for security reasons could not rely on TCP/IP, makes use of an application programming interface (API) developed by Tempered Networks to layer an orchestration engine on top of HIP. The end result is the ability for average network administrators to deploy and manage HIP networks that are fundamentally more secure because everything on the network is encrypted. 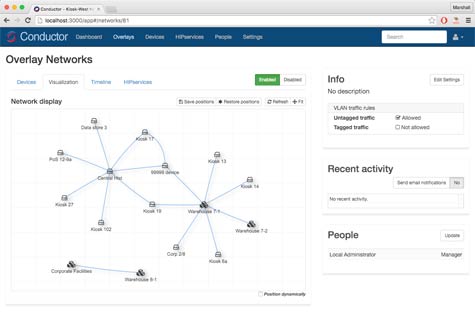 As a result, Hussey says, the need to deploy firewalls and virtual private networks (VPN) is eliminated.

In addition, Hussey notes that the The HIPswitch 300v and Conductor software at the heart of the IDN Fabric are now available as virtual machines that can be deployed on the Amazon Web Services (AWS) public cloud.

HIP may not replace IP in most environments any time soon. But in application scenarios where security is of paramount concern, HIP is most definitely a compelling option. The difference is that it doesn’t take a degree in engineering to deploy it.

Previous articleAttack the Stack: 5 Tips for Successful Cloud Deployment
Next article8 Uses of Virtual Reality and Augmented Reality for the Enterprise