Success of the IoT Depends on Interoperable Standards

Here are some things that are interesting: Undersea cables that report when corrosion is becoming dangerous. Refrigerator trucks that warn dispatchers when things are getting a tad too warm for comfort. Pacemakers that ping the user when their batteries are wearing down. Supermarket systems that alert distributors when mouthwash inventories are low. Traffic lights that change to give first responders a faster and safer trip to an emergency.

Here is something that is boring: interoperable standards.

We all know, though, that the first is highly dependent upon the second. If the dull job of creating an expansive universe of interoperable standards bogs down, doubt will be cast that the Internet of Things (IoT) will end up being more than disconnected islands of connectivity that, while useful, perform tasks falling far short of the extravagant IoT vision that planners have laid out.

A great deal of questions surround interoperable standards and the IoT. Some of them:

How deeply must standards interoperate? The IoT is a very broad area. The undersea cable certainly doesn’t need to communicate with the food distributor. But the IoT envisions a world that is deeply interconnected. An IoT-enabled fruit aisle, for instance, may need to communicate with the trucking firm to ensure that the right amount of bananas is sent. How can cross-system interoperability be created?

When systems do interact, is it best that they do so at the physical layer, the application layer or another layer?

How much data should be transferred? A homeowner instructing an IoT-enabled system to lower the heat more than normal for a two-week period is a pretty good indication to a crook that the house will be empty. How will this information be protected?

How deeply politicized is the process? Companies on the “winning team” – the consortium or group that authors the work that undergirds interoperability – stand to gain a lot. Therefore, there is a tremendous amount of competition. How will this play out? Will the best platform or the approach with the most powerful backers win out? Will the IT and telecom industries settle on a formal standards process, or the more flexible open source approach – or a combination of the two?

When must these interoperable standards be set before they get too far behind the market? If de facto ways of controlling pacemakers and keeping the condiment aisle stocked emerge, when does it become too late for an organized and interoperable approach to gain traction?

There are more questions – and a number of organizations at various points of responding to them. On one level are the groups that deal directly or indirectly with standards, such as the Institute of Electrical and Electronics Engineers (IEEE), the International Telecommunication Union (ITU) and the Internet Engineering Task Force (IETF). Beyond this are the groups dealing directly or indirectly with IoT standards. These include The Thread Group, the Industrial Internet Consortium (IIC) and AllSeen.

These groups work at different levels and do different things. The Thread Group, for instance, is a consortium that works at the networking layer to create mesh-based, self-healing home networks. It is unclear, at this point, if the underlying Thread protocol will need to communicate with the specific applications it carries. Thread, which was started by seven companies, including Google’s Nest, now has about 80 members. It will compete with other approaches, such as ZigBee and Z-Wave.

The question of how deeply standards from different sectors will be able to trade information – and how – strikes to the heart of the IoT. Creating insular standards for small sectors – pacemakers and supermarket inventory systems – is no big deal. Coordinating the entire IoT landscape is. 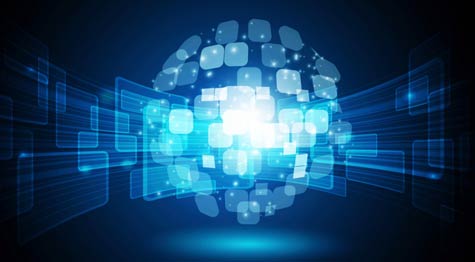 Jeff Kaplan, the founder and managing director of THINKstrategies, wrote in response to emailed questions that he believes sufficient standards will emerge. “As with every generation of IT before IoT, there will be a number of competing standards that will continue to exist in various sectors of the market, but there will also be a series of policies, procedures and tools that will enable conflicting solutions to interoperate.”

It also is important to remember that the entire IoT landscape doesn’t need to be able to communicate – and that those that do can trade data through intermediate interfaces in the cloud. Sujata Neidig, the vice president of marketing for The Thread Group (and the Business Development Manager for founding member FreeScale), emphasized that there are limits on how far interoperability has to go. “I am not sure that interoperability across the board is needed because there are so many different usage models. You don’t need connective across the board.”

The telecommunications and IT industries are working on the issue of how this all can be made to work. Stephen Mellor, the IIC’s chief technology officer, said that part of the group’s mandate is to figure out what useful standards already exist, where there are gaps, and to chart a path forward based on that information.

Mellor said that the IIC has official liaisons with several other groups and informal contacts with more. This week, the IIC announced another: It and the Open Interconnect Consortium (OIC) will officially cooperate.

“The biggest challenge is getting our minds around all the different pieces,” he said. “It’s transportation, it’s health care [and on and on]. There are an awful lot of components that have to fit together.”

Philip DesAutels, the senior director of IoT for the 130-member AllSeen Consortium, said that the industry is on the right track. AllSeen’s platform is AllJoyn, a software framework for interoperability in the consumer, light industry and enterprise level that is in millions of devices. DesAutels is not concerned that lack of ways for devices to communicate will kill the IoT dream.

The scale of the IoT may be daunting, but the intricacies of interoperable standards are not a new challenge for the IT and telecom industries. Indeed, many careers have been built around these issues. “I’m very bullish on interoperability,” DesAutels said. “We’ve run this play a couple of times before. Over and over, at those spots where everybody wants things to work together, the community comes together and makes that happen. We do the right thing.”