Preparing the Business for an Active Hurricane Season 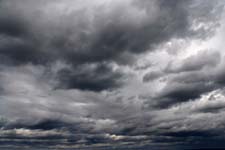 A business had no excuse for not being prepared for hurricanes a decade ago. After Hurricane Katrina and Hurricane (and then Superstorm) Sandy, there is even less rationale to not take the necessary steps, especially if the business is located in the area most likely to be pounded. Unfortunately, that area seems to be getting bigger.

Last Saturday was the beginning of hurricane season, and May 26 to June 1 was National Hurricane Preparedness Week. Unlike some crises, such as fires and power outages, hurricanes and other weather-related challenges are vaguely predictable. That’s a good thing. The other good news is that a tremendous amount of information is available on hurricane preparedness and, more generally, on business continuity/disaster recovery.

In short, it’s impossible to guarantee that hurricanes won’t cause disruption or worse. But it is possible to greatly minimize the impact.

For those who have sat on the sidelines, now is a great time to get engaged. The National Oceanic and Atmospheric Administration (NOAA) said in late May that this year’s season likely will be an active one:

The press release says that the number is “well above” the average of 12 named storms and six hurricanes, half of which are considered major events.

Hurricane preparation literature lends itself to lists. The International Business Times, for instance, suggests understanding the differences between hurricanes and tropical storms and watches and warnings, keeping emergency contact information at hand, having emergency kits ready to go, planning an emergency escape route and staying calm.

There is not too much new to say about hurricane preparation. Much of it is common sense. What is considered smart for families also is appropriate, with tweaks, for businesses. The most important steps are to pay attention and take hurricanes seriously. Indeed, in an era characterized by two intensely destructive storms – Hurricane Katrina preceded Hurricane (and then Superstorm) Sandy by seven years – the rationale for not preparing gets thinner and thinner.

There are differences, compared to a decade ago, in hurricanes, hurricane preparedness and how businesses deal with the storms. On the positive side, folks generally are more aware and the trends in telecommunications – cloud-based networks, mobility and increasing work-at-home time – tend to lessen the disruption. The downside, however, is that storms seem to be getting worse.

Why You Should Hire a Chief Data Officer

Why You Should Hire a Chief Data Officer