Oracle Upgrades Database To Meld Together SQL and NoSQL Worlds

Oracle today released an upgrade to its MySQL database that combines the best attributes of SQL and NoSQL databases.

Version 7.4 of MySQL Cluster is based on an open source NoSQL database engine that supports SQL queries within an ACID-compliant transactional database running in-memory. The new version is now 50 percent faster in addition to providing new management and tuning options.

Tomas Ulin, vice president of MySQL engineering at Oracle, says that prior to the acquisition of MySQL, the open source project gained the rights to a NoSQL database. It then layered SQL interfaces around that NoSQL database engine to create a database that provides the best of both SQL and NoSQL worlds, says Ulin.

The new upgrade also provides support for running application workloads involving complex analytics and ad hoc searches on the MySQL Cluster along with the ability to roll back any conflicting transactions between geographically distant clusters. 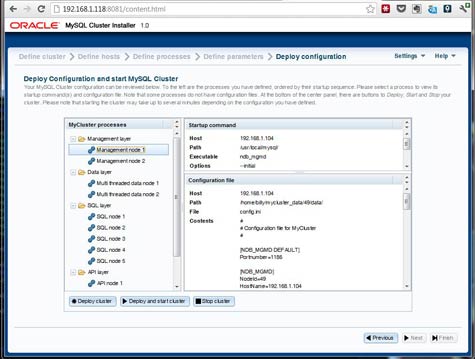 Obviously, when it comes to databases these days, Oracle has no shortage of options, including its namesake database and another Oracle NoSQL database.

With many IT organizations today struggling to separately manage SQL and NoSQL databases, Oracle is now getting around to highlighting a third option that should allow IT organizations to consolidate the number of databases they have to support without having to compromise on application performance.