Both offerings are subsets of a new release of MicroStrategy Analytics Enterprise, which adds support for multiple sources of Big Data as well as support for both the open source R programming and an additional 300 analytics algorithms that have been embedded in the application.

MicroStrategy also announced that all three of its BI offerings now share access to a common user interface and suite of dashboards. 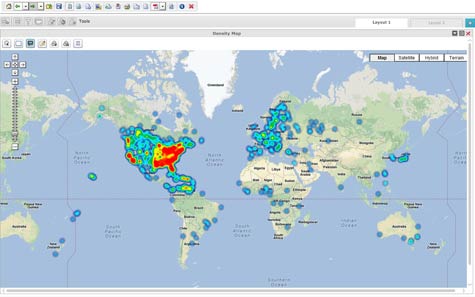 Finally, MicroStrategy also announced that its applications can now run 10 times as much data in-memory.

According to Kevin Spurway, senior vice president of product marketing at MicroStrategy, the goal is to allow organizations to substantially reduce their BI costs by making data visualization a feature of a suite of BI applications that also integrates advanced analytics. Right now, many organizations are buying both enterprise-class BI applications and data visualization tools such as Tableau and QlikView, while also spending money on a separate suite of analytics applications.

While it can be argued that BI vendors left those two doors open in the first place, the combination of free data visualization tools alongside support for the R programming language makes it pretty clear that BI vendors such as MicroStrategy are now determined to make sure those doors get slammed shut.