It’s getting more and more difficult sometimes to figure out how certain online sites and businesses make their money. If you’re making a one-off visit to a site and you’re not asked to fork over any hard-earned cash yourself for the privilege, that’s not usually much of an issue. Maybe just a head-scratcher. But when you are job hunting, or tasked with hiring, and money is changing hands to facilitate those goals, what you don’t know can hurt you. Sometimes it seriously hurts those participants who aren’t paying, too.

That’s what Nick Corcodilos, in a recent “Ask the Headhunter” column, says is the reality of using LinkedIn as a job board:

“Welcome to the ‘job board’ model for recruitment advertising, where the middle man charges everyone and manipulates the database, and where matching qualifications to job requirements is way down on the list of concerns, right beside those poor ‘basic users’ who didn’t pay to play.”

The problem goes deeper than this one site, writes Corcodilos. Daily headlines trumpet unemployment, a talent glut and a talent shortage. Something isn’t adding up. His analysis of the treatment of paid job postings and resumes by several well-known job board sites is well worth the time it takes to read. Not looking for a job and not hiring? You never know when that might change, and if you haven’t been out there recently, the game has changed in the meantime. 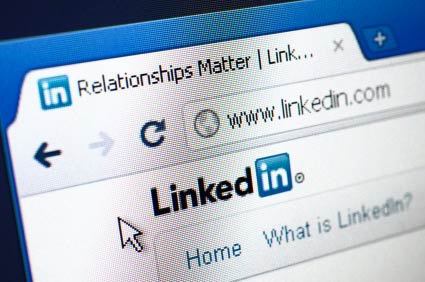 The basic – and very lucrative – formula is this: The job seekers pay a monthly “Job Seeker Premium” fee to have their applications marked “Featured” and placed at the top of the applicant list for open positions. Meanwhile, the hiring companies are paying a premium for LinkedIn to present the best-qualified applicants from its database. Everybody else is swimming around on the bottom, not seeing much of anything that is going on. And if the best candidates aren’t being matched with the appropriate positions and being hired? Everyone keeps paying.

While LinkedIn built up a reputation as a high-quality professional social network, it subsequently went public and, as many other companies have in similar circumstances, switched priorities. It may now be trading that hard-earned reputation for a “race to the bottom of the highly competitive job-board business,” Corcodilos predicts.

The real-world effects of poor results for users eventually will catch up with any double-dipping scenario. Rather than pay-to-play, smart hiring managers and recruiters know that putting in the effort themselves still makes sense and provides useable results. As Amanda Reedy, sourcing consultant at The Bartech Group, told me:

“As a recruiter/sourcer for large corporations, I searched job databases like LinkedIn and Careerbuilder and received dismal results. After reading the ‘Ask the Headhunter’ article, I know why. The fact is, a savvy recruiter/sourcer will sidestep the issue and use Boolian searches to find the best candidate. It is still possible to use a Boolian search in LinkedIn. The results are far better than anything derived from the LinkedIn resume database.”