Quick, name a horrible boss you’ve had (or have). Unless you’ve yet to hold a job, it’s unlikely that you had any trouble bringing a name or two (or three) to mind. Based on Gallup’s “2013 State of the American Workplace” report, 70 percent of the 150,000 employees surveyed disliked their boss. Horrible bosses are such an unfortunate part of our society that loads of movies have been made featuring employees plotting to get revenge on their despicable managers.

Seriously, though, how do you deal with this problem when you’re trying to get another job? Even if everything you say is accurate, you can’t go into an interview with a potential employer bad-mouthing a previous supervisor. You’ll be pegged as a problem they just don’t want to deal with. So how do you talk positively about your bad experience?

According to Heather Huhman, writing for Glassdoor.com, you shouldn’t go into a job interview without thinking about how you’ll talk about your terrible boss. Having a clear plan of how you’ll answer this inevitable question can help you make the right impression in your interview. How to Talk About a Bad Manager

Click through for five tips on how to deal with talking about a horrible boss during a job interview, as identified by Heather Huhman, writing for Glassdoor. 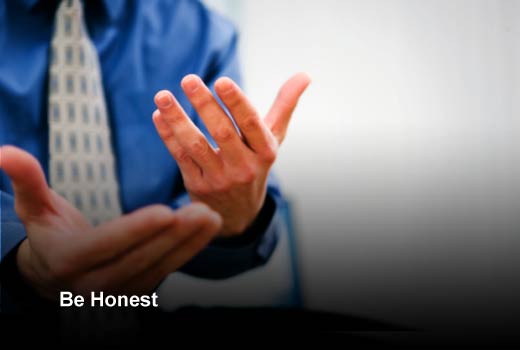 When asked about a bad employer, it is always best to be honest. Having only positive experiences with employers is not realistic. Even if your boss was one of your best friends, you probably could find things you did not agree on.

For instance, Liz got along with her boss almost all the time. However, she did not like how work schedules were chosen. In an interview, Liz could talk about how much she loved her last job and employer but didn’t care for the short notice given when her upcoming work schedule came out. This shows that she can talk about a problem in a respectful way. Sara’s situation was a little different. She really did not get along with her boss. After working at her last job for more than two years, Sara was passed over for a promotion. The job was given to Jeff. He only worked at the company for six months before becoming Sara’s manager.

Sara thought she was more qualified for the job than Jeff. Instead of mentioning the flaws she saw in Jeff, Sara should talk about being passed over for the position as briefly as possible and instead focus on the fact that she wanted to find a new challenge elsewhere. 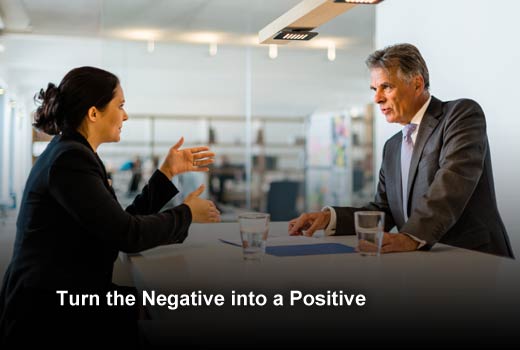 Turn the Negative into a Positive

If every cloud has a silver lining, every bad job experience has taught you a valuable lesson. For example, Liz’s complaint about work scheduling is legitimate. Finding out when you’re required to work for the coming week so late makes it difficult to schedule your life outside of work.

Liz did manage to become a pro at utilizing her limited free time. In her interview, Liz could say, “It was challenging not having a consistent schedule at work, but it allowed me to learn how to better manage my time. I’ve learned how to prioritize the tasks in my life that I need to accomplish instead of becoming overwhelmed.” Remember What You Enjoyed

It’s unlikely you hated everything about your job. The biggest reason Sara decided to pursue a new job was she felt she was not valued at work. However, she loved her actual job.

In addition to providing as little information as possible about a bad former boss, Sara should talk positively about what she enjoyed doing at her job. By turning the focus back on what she was accomplishing and away from the negatives, Sara will look like an employee who is focused on her work and not on unproductive problems. Say What You’re Looking for Instead

A big reason people look for a new job is that they want something different. The driving force behind starting your job search could include being unhappy with your employer, but rarely are people only looking for the exact same job with a new boss.

Both Liz and Sara should consider what they hope to get out of a new job. Mentioning a desire for more responsibility, a structured schedule, or a better opportunity for advancement are all ways to focus on the negative problems at their last job but show they’re looking for solutions.

While it might feel good to tell anyone who will listen just how much you hated your boss, it’s not going to get you a job. Showing that you’re able to address a negative situation while remaining positive will help make the best impression in your interview.