IT Departments Must Learn the Cold, Hard DR/BC Facts

The harsh winter of 2015 shows no sign of letting up. It’s too late for enterprises to do much to protect themselves this year. The good news is that, though it doesn’t seem so now, the temperatures will moderate and snow will melt relatively soon.

But, with the uncertainty introduced by global warming, it is irresponsible to assume next year won’t be as bad – or even worse. Therefore, it is important to take special note of what can be done to prepare for next winter.

This prudence seems to be lacking, however. A poll commissioned by property insurer FM Global revealed the problem. It found that 32 percent of workers give their employers grades of “F,” “D” or “C” for winter storm preparedness. Fifty-two percent of full-time workers expressed dissatisfaction with their companies’ winter storm preparations.

Disaster recovery/business continuity (DR/BC) consultant Geary Sikich, ironically, was prevented from appearing at a disaster conference in Boston in late January by the blizzard that buffeted the city. He wrote a piece at Continuity Central that focuses on a couple of related issues: The first is whether people generally are tuning out disaster preparedness warnings – and even getting annoyed by them.  The second is how to reverse this trend in a world in which many of the predictions simply won’t come true. The high error rate of weather predictions, of course, encourages people to disregard the warnings even more quickly.

In other words, there may be several incorrect forecasts for every blizzard that actually does hit. This means that people, and by extension businesses, are more likely to suffer when the real storm arrives. Sikich thinks that the public and professional planners are missing each other. The public sees a warning that isn’t followed by a dire event as a failure. A professional understands that a warning is necessary, even though no emergency may follow:

We need to educate the public, government, management, etc. on the impact of situational variables and the need to aggressively develop risk buffering strategies that will allow flexibility and rapid response to ever changing situations. This is not an easy process. Public perception of risk is not the same as that of government and the private sector. The public sees risk as a reality; not in the complex way that planners, risk managers, etc. define risk.

A feature anticipating the northeast blizzard at CRN focused on the proactive steps being taken by providers and businesses. It becomes clear, however, that three structural evolutions lend themselves to better preparedness: The move to cloud computing, more sophisticated and capable consumer electronics and telework capabilities. 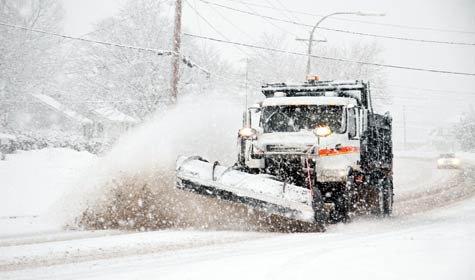 Cloud computing decentralizes necessary infrastructure and makes it more likely that a business can stay up and running. The advent of telework, coupled with the capabilities of smartphones and tablets, gives people the ability to get meaningful work done at home. This is true whether or not the person is a regular teleworker or generally travels to the business’ office.

Business continuity/disaster recovery has many subsectors: The culprit can be weather or natural or manmade disasters. There are shades of gray within each of those. For instance, weather includes hurricanes, blizzards, droughts and other emergencies. In many cases, these problems are unpredictable, though of course geography determines at a high level what type of preparation will be undertaken.

The issue at hand is winter preparedness and its short- and long-term elements. In the short term, companies must be ready when a storm hits. In the longer term, a winter of subfreezing temperatures, ice and snow takes its cumulative toll on equipment. That’s a problem to be dealt with, even when its 70 degrees and sunny.