This week at the OpenStack Summit 2015 Tokyo conference, Hewlett-Packard moved to make it a lot simpler to deploy OpenStack with the release of HP Helion OpenStack 2.0.

Jay Jamison, vice president of product marketing for HP Helion, says with this release, HP is adding support for lifecycle management of OpenStack environments that address everything from making it easier to provision resources to delivering patches. One of the core challenges with deploying OpenStack is that different components of the framework are at different levels of enterprise maturity. In addition, there are so many configuration options that many of the companies that have embraced the open source approach to managing the cloud have a significant amount of internal IT engineering talent.

With the release of HP Helion OpenStack 2.0, Jamison says HP is making OpenStack more accessible to a broader number of IT organizations. Some of those organizations may be looking to replace proprietary management platforms such as VMware, while others simply want to take advantage of the Swift storage module within OpenStack that is widely viewed as being among the most mature components of the framework, says Jamison. 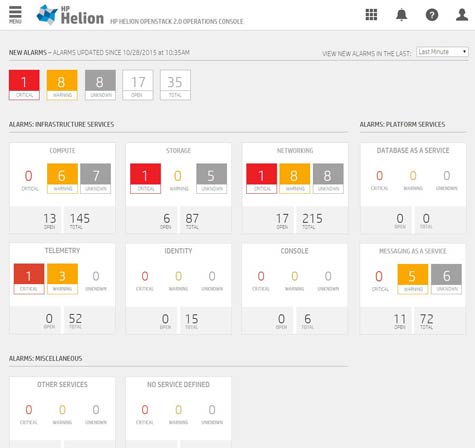 While HP earlier this week announced it is folding its own public cloud tent, Jamison says HP continues to be committed to supporting IT organizations building a wide variety of types of clouds on its hardware. As part of that effort, Jamison says that HP Helion OpenStack 2.0 now comes with support for encryption as a default setting and tighter integration with a variety of network virtualization options.

While interest in OpenStack across the board remains high, it’s clear that the framework itself still has a few rough edges that need to be ironed out before enterprise IT organizations are going to standardize on it. In the meantime, IT organizations should continue to deploy OpenStack components as appropriate for their environments if for no other reason than as a hedge against what has suddenly become a fairly volatile data center environment following Dell’s decision to acquire EMC.

Previous articleThe Web’s Shadiest Neighborhoods: What You Need to Know
Next article7 Characteristics of a Data-Driven Organization