Anyone who has children or who has been around them for a while knows that kids, as well as young adults, are attracted to video games like flies are attracted to light. And, while older adults may think the kids are being lazy or using their time idly when they’re connected to their Wii or Xbox using a Kinect, in reality the kids are paving the way for business training and IT’s role in tomorrow’s companies.

How? It’s part of a future trend Daniel Burrus, CEO of Burrus Research, first identified back in the 1980s that we are now calling gamification. Today, that growing trend is reaching a tipping point.

If you think back, you’ll see that many of the greatest technological advances in business have come from the world of kids and games. Actually, here’s the exact flow of events: a concept or technology often begins with kids and the world of gaming. Some will start with the military, but it’s amazing how many start with kids’ games. From there it gains the attention of the adults in the business community as they learn how to adapt it to their needs, and finally it creeps into the education sector. So in many respects, the adults and the business world can learn much from the kids and their video games.

To see the migration of how a concept goes from kids and games to adults and business, just look at the evolution of social media. At first, young people were the predominant ones on social media sites such as Twitter and Facebook. Adults simply didn’t see the value of social media. After all, who really cared what you had for lunch or what outfit someone wore to the dance. As adults eventually took more and more interest in social media, many companies made formal policies forbidding employees from using Twitter and Facebook at work. But now that the business world has seen the relevancy of social media and how it can be a brand management, marketing and collaboration tool, they’re embracing it, some even going so far as creating their own internal versions of Twitter and Facebook.

Granted, video games and social media are different technologies, but the concept migration pattern is still the same. And with game controllers like the Wii and Xbox Kinect giving people new ways of interacting with technology, the business world is currently on the threshold of being “gameified.”

The heart of the gamification trend for IT is using interactive gaming as a tool to transform training company-wide. Based on 25 years of research, Burrus, writing for CIO Update, has identified five core gaming elements that when applied together can dramatically accelerate learning. When you implement these five elements into training, people learn more in less time and have better results. So Burrus suggests you keep these elements in mind as you help develop and deploy training modules and initiatives. Click through for five core elements at the heart of gamification and accelerated learning, as identified by Daniel Burrus, writing for CIO Update. 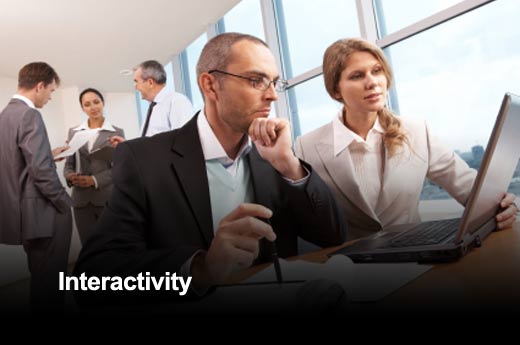 For centuries, education and training have been, for the most part, passive experiences. Someone stands in front of a group and talks. The people being educated or trained sit and listen, taking a few notes here and there. If there is a lab, they will have some hands-on application, but application labs are not the norm in everyday education and training.

As technology evolved, the trainer or teacher showed a movie or two to keep people involved, but in the end, the people learning just sat and watched. Regardless of someone’s inherent learning style, learning is much more effective when you’re interacting with the material, not passively sitting there.

When you learn by gaming, you’re interacting with the information and concepts. You’re moving things around, you’re manipulating items and you’re actually doing things. It’s no longer passive. Now you are much more engaged and immersed. We’ve seen 3D TVs where you have to wear special glasses to make the images pop out at you, but that’s because TVs have a lot of viewers sitting in a room spread out. When you’re playing a game on a small screen like a tablet or a smartphone, the viewing angle is such that you can have images appear 3D very easily without special glasses.

In the recent past and through to the present, video games use interspatial 3D, where you go into worlds. So instead of images popping out at you, you go inside to them. That’s how games on the Xbox 360 and others have been working for years, by using a regular television set or flat panel display. This sort of technology gives an immersed effect, which engages people more.

To apply this to business, if you’re training salespeople on a particular manufacturing tool they need to sell, why not have them see the tool in 3D and actually get to virtually manipulate the tool rather than have them read spec sheets about it? The former will give them more insight to the tool, which will make selling it easier. Humans are naturally competitive beings. We want to sell more, be more productive, innovate faster and be smarter than the next person. When you’re sitting in class learning, there’s little competitive value. You’re all there for the entire timeframe whether you’ve learned the materials in one hour or three. No one advances until the class is over.

However, when you’re competing, as in a game, there’s an adrenaline rush that keeps you engaged and focused on the task at hand. In an effort to win, people master concepts faster so they can be first, not last. 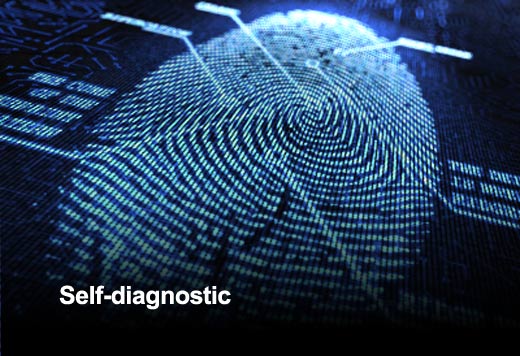 In the world of gaming, as you accomplish new feats and as your character gets better, the game gives you greater challenges. When you power down, the game remembers where you left off. When you return to the game, you still have your capabilities and all the things your character has previously learned. You don’t have to start over from ground zero.

In the case of business training, if you learn something, there’s no need for a trainer to re-teach it to you. But how many times have you sat through a training session where you already learned a majority of the concepts, yet you stayed so you could gain knowledge on a few key items? How much time did you waste?

A better idea is for business training to have a self-diagnostic component. The interactive, competitive, and immersed module can know your skill or knowledge level and progress accordingly. It can know where you left off and give you next steps from that point when you log back in. This is the best way to allow for individual training and learning. When you’re playing a game, you’re forced to focus. You have to do A in order for B to occur. If you don’t do A, then you won’t get far in the game. Focus is the result of interactivity, competition, immersion and self-diagnosis. When you can focus, you can learn virtually anything fast.