When it comes to tech employment, there are the varsity players – California, Virginia, Texas, New York and Florida. Those large states employ more than 650,000 tech professionals in computer systems design and related services, according to the Bureau of Labor Statistics. In the same category, those states added 15,500 positions this year.

But, many states have a burning desire to get in the game. This slideshow features five fast growing states to watch, as identified by Dice.com. Click through for five states with the fastest growing tech employment, as identified by Dice.com 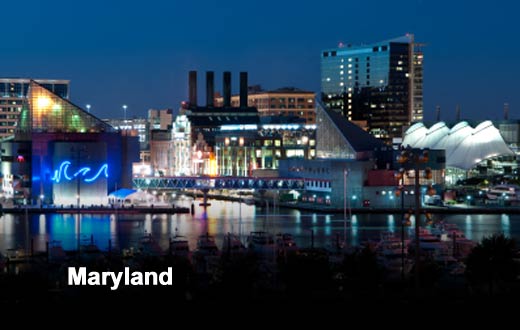 Maryland tops the list for growth, up nearly six percent in 2012. While concerns at defense firms loom regarding the fiscal cliff and its impact on future employment, defense contracting isn’t the only egg in Maryland’s basket. Local hospitals, biotechnology and healthcare services companies are recruiting and tech professionals with experience in that field are in demand. Massachusetts was just edged out of the top spot, after growing nearly six percent this year, according to the BLS data. On Dice, recruitment activity remains strong in the state. Tech professionals will find more than 3,500 Massachusetts-based job postings on any given day, up 12 percent year over year. Minnesota’s technology association (mhta) has the goal to make its state one of the country’s top-five technology states by 2020. But, IT hiring goes well beyond its technology companies to include retailers, healthcare companies, consulting firms, insurance companies and manufacturers. Oregon holds the number six ranking, with nearly four percent growth in 2012. Its mobile software and open source communities are considered to be world class. But, there is a very compelling case to be made based on economics as to why tech talent is increasingly choosing Oregon. The average tech salary is greater than $80,000 in the state, and even higher in software and chip development – that’s a lot of purchasing power. While the tech workforce isn’t huge in Utah, there are other factors boosting its growth rate. The state over-indexes in software at close to 1.5 times the national rate, according to Utah Governor’s Office of Economic Development. The closer to the application – the faster the growth. Start-up to watch: Domo, a business intelligence company, based in American Fork.