New IT Roles in a Changing Infrastructure

IT infrastructure is changing. According to IDC, by 2020, more than 30 percent of IT vendors will not exist as we know them today. Why? The next wave of industry transition and growth will involve a rapid movement from third-party applications to cloud IT delivery models. Emerging cloud environments with highly converged storage and compute (virtualized compute and software-defined storage) and dynamic run-time defined workloads will force IT architectures to become more agile and dynamic. Siloed and monolithic approaches to delivering storage, compute and network resources will be replaced by integrated and elastic infrastructure and services consumption models. The next generation of cloud-based architecture will enable rapid scaling of storage and compute, and will be agile, automated and programmable.

The newfound emphasis on tools and service integration is shaping a new crop of industry professionals — the actual faces behind the IT infrastructure. These individuals keep the lights on behind the scenes and ensure their organizations remain competitive by keeping pace with the constant stream of changes in their industry.

In this slideshow, Plexxi has identified new roles that are emerging to meet the changing landscape of IT. New Tech Roles for IT

Click through for new roles that are emerging due to the changing nature of network infrastructure, as identified by Plexxi. 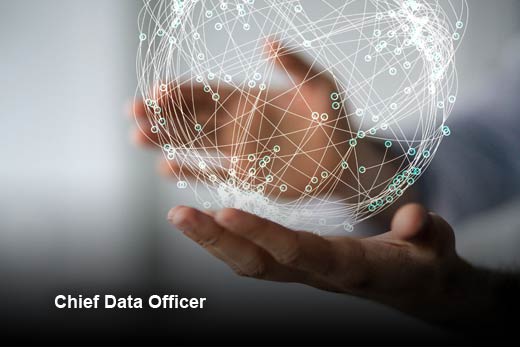 One of the newest seats in the C-suite, the chief data officer (CDO), oversees all things data. CDOs are responsible for managing how data is gathered, analyzed and strategically applied to the needs of the business. According to IBM, 25 percent of Fortune 500 firms now employ CDOs, and that number is expected to rise. Gartner predicts that 90 percent of large organizations will have a chief data officer by 2019, leaving ample job availability. This role focuses on automating the processes involved in building and managing underlying network infrastructure. By identifying common workflows and determining the best way to automate, vice presidents of automation make networks more agile and scalable. Automation is becoming increasingly important as the onslaught of hyperconverged systems bring storage and compute together on the same hardware, so storage and compute workloads are no longer physically separated. As these systems move from single-purpose platforms to multi-purpose ones, VPs of automation need to automate converged workloads without disruption to the rest of the data center traffic. Cloud-based network architectures are changing radically from third-party applications to cloud IT delivery models. This shift is causing an increased emphasis on tools and service integration rather than a focus on individual components. The emerging role of the cloud builder takes a different approach to IT, looking at applications and data requirements from the perspective of business goals, not static technology silos (servers, storage arrays or switches). Cloud builders require flexible tools that enable a building-block approach to networking. This role is tasked with delivering agility and cost savings through automation, resource elasticity, data and application mobility and workflow integration. Big Data and the IoT have given way to diverse sets of applications that must integrate and communicate with the rest of the business. Applications architects are responsible for connecting applications so that they seamlessly operate alongside existing initiatives. The role of the application architect is crucial to growing organizations as they scale and evolve, especially as the industry shifts to “as-a-service” consumption models. Having an applications architect on hand reduces development time and guarantees that individual projects align with larger-scale initiatives. Successful applications architects will ultimately increase a company’s overall agility by ensuring that all IT initiatives are working in concert efficiently. 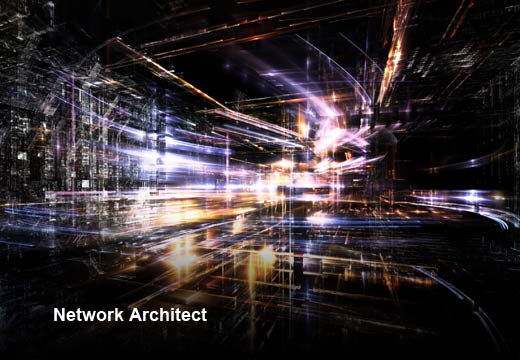 Though technically not a new role, forward-thinking network architects have a prime opportunity to shape the future of the industry. How so? The “big” in Big Data is enough to make most IT architects worry about the possibility of an increased load on an already taxed infrastructure. Thus, the network that underpins these initiatives becomes both more critical, and more loaded, than ever. The new age of converged infrastructure, IP SANs, and HCIS now place an extraordinary amount of application/workload traffic on the IP network. Architects must adjust to manage all of this traffic as one network, instead of the previous strategy of managing independent networks under previous siloed approaches. Network architects that embrace scale-out infrastructures will become increasingly valuable in large-scale, cloud-based deployments. Cyber attacks are more sophisticated than ever, and networks are far too often the target of malicious internet threats. Security specialists are trained to detect, prevent and resolve threats to the network. As networks scale out, so will the need for increased security within the network. Spiceworks found that 90 percent of IT pros think that the influx of IoT devices creates security and privacy issues within the network. In other words, security specialists will be in high demand for the foreseeable future!