Canon U.S.A., Inc., a leader in digital imaging, recently announced the results of an aggressive office energy savings program conducted in five U.S. office locations, including its Lake Success headquarters, resulting in reported savings of 2.7 million kilowatt-hours of energy from 2009 through 2010. Initially conceived in 2008, the energy-saving steps implemented across the five locations is equal to approximately $300,000 in utility fees over the two-year period, saving enough energy to power its Lake Success headquarters for four months.

As part of its ongoing commitment to environmental sustainability, the company examined its energy practices at four U.S. regional office locations – Itasca, IL, Irving, TX, Jamesburg, NJ, and Irvine, CA, as well as its Lake Success, NY headquarters – to uncover areas where energy consumption could be improved, and implemented strategies to reduce consumption. Additionally, Canon expanded the scope of its environmental training to cover energy and resource consumption in the office, and to increase awareness of techniques that reduce energy, paper, toner and other materials.

To achieve its energy-saving goals, Canon U.S.A. focused on the four key areas highlighted in this slideshow. 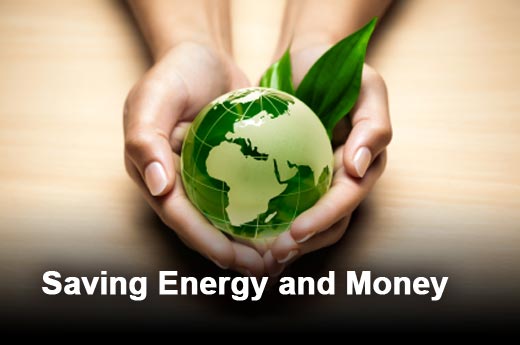 Canon U.S.A. installed high-efficiency, low-carbon lighting, replacing thousands of light bulbs throughout its U.S. offices. The company also installed automatic switches that rely on motion sensors that switch off if a room is not in use. Select lighting was also reduced, deactivated or removed altogether in areas near sources of natural light (windows) and low-traffic areas (hallways). The company replaced more than 4,000 cathode ray tube computer screens in its offices with energy efficient LCD monitors. Outgoing monitors were donated to local schools and charities, limiting waste and extending use of the products. 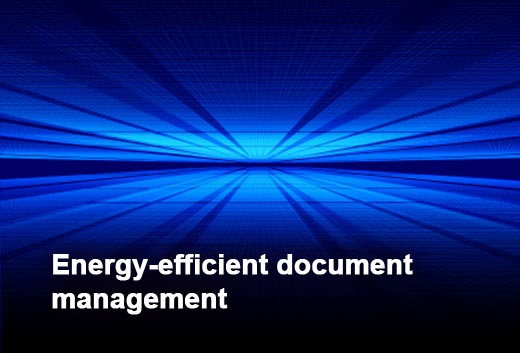 More than 550 personal printers were removed from service, and replaced with imageRUNNER and imageRUNNER ADVANCE multifunction devices. Canon installed uniFLOW printing software to manage its fleet of document output devices, a strategy the company recommends to its own customers. Among a variety of workflow enhancing capabilities, uniFLOW has the ability to route print jobs to the most energy-efficient printer available, determined by establishing a baseline of energy consumption that measures paper, toner and power use of printers on the network. In 2010, the company saved more than 1.6 million sheets of paper by using duplex printing. Canon limits the hours that its buildings are lit during the business week; staff staying late or working on weekends need to inform facilities if lighting is needed beyond allotted “lit hours.” Unnecessary lights are automatically turned off after-hours based on the use of motion detectors in some areas.