With the holidays around the corner and expectations around what the New Year may bring, Glassdoor, a jobs and career community, has released a new survey that reveals employees’ work-related resolutions for 2013, their preferences for employer-gifted holiday perks, expectations for time off during the holidays and bonus expectations.

The survey was conducted online within the U.S. by Harris Interactive© on behalf of Glassdoor among more than 2,050 U.S. workers ages 18 and over between November 8-12, 2012. Click through for the top employee resolutions and expectations for the new year, as identified by Glassdoor.com. One-third (32 percent) of employees said that a salary raise is their top work-related resolution for 2013, followed by looking for a new job (23 percent), improving their performance/rating by their supervisor (21 percent), attending work related training (16 percent), taking/using all their vacation days earned (13 percent), and socializing with work colleagues more (nine percent), among others.

“As employment confidence gradually improves, it’s no surprise to see employees looking to wrest back control over their own destiny, which is why we see their focus on more money, a new job or a fresh commitment to their on-the-job performance,” said Rusty Rueff, Glassdoor career and workplace expert, who has led global HR departments at Electronic Arts and PepsiCo before co-authoring “Talent Force: A New Manifesto for the Human Side of Business.” “But good economy or tough economy, adequate and expected take home pay is always top of mind and employees are sending a clear message that they want this most — not only during this holiday season, but next year too.” “When it comes to holiday perks, be sure to communicate and draw a line of sight to what made the perk possible. For example, are we partying tonight because the company achieved its annual goals? Did a specific department surpass projections? It’s essential to explain to employees what made a perk possible so they understand their hard work is appreciated and recognized, as well as providing history and context if next year isn’t as good,” added Rueff. “It’s that time of year when many want to use up some of their vacation days so they can enjoy time with friends and family. If you manage a team of people, communicate holiday vacation policies early in order to give people time to plan. Employees will appreciate hearing how to best handle vacation requests, and have a reminder of office holidays and any work-related holiday celebrations,” said Rueff. “If you are an employee wanting time off this holiday season, set up time to speak with your boss or supervisor as soon as possible. The more time you give your boss to plan and the more prepared you are to handle your work responsibilities, the better chances you’ll have in securing the time off. First come, first served usually works when it comes to time-off requests.” 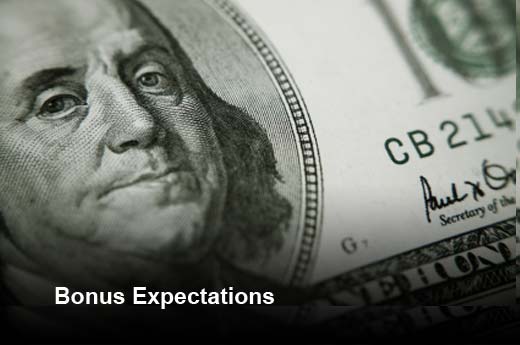