Once an IT organization makes a commitment to embrace object-based storage, it usually winds up having to deploy a bevy of connectors and gateways to make that storage accessible to legacy applications. Today, Caringo announced that it has developed a file protocol converter that makes all that effort unnecessary.

“There’s no need to buy a dedicated gateway,” says Olsen. 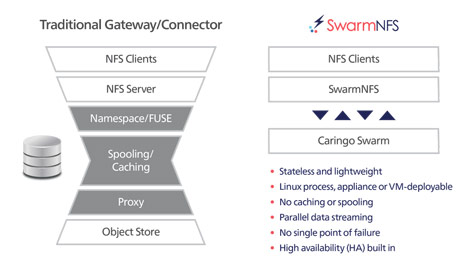 It may take a while before object-based systems eclipse traditional file-based storage systems in the enterprise. But as the number of connectors and gateways needed to make that storage accessible to legacy applications declines, the faster that transition will occur.