Can Your Company Handle Security Challenges Posed by the Internet of Things?

Have you given much thought to how the Internet of Things (IoT) is affecting your overall security? If not, it might be time to consider an IoT section to your cybersecurity policy.

As Steve Durbin, managing director of the Information Security Forum, said to me in an email conversation:

IoT holds the potential to empower and advance nearly each and every individual and business. In today’s global society, the average consumer is always on and always getting data sources from a variety of different sources. This is the heart of the IoT. Everything is connected and speaking to each other. For example: warming our cars on a cold morning, regulating thermostats in our homes or determining what your husband took from the refrigerator while watching a ballgame, will all be carried out from mobile devices. . . . The rise of objects that connect themselves to the Internet is releasing an outpouring of new opportunities for data gathering, predictive analytics and IT automation.

At the same time, he added, the devices that make up the IoT have so much information stored on them that they are increasingly becoming prime targets for hackers, and these devices are already a very weak link in the security chain.

Durbin isn’t the only one who is warning about the risks with the IoT. In a CRN article, James Lyne, global head of security and research at Sophos, said that the IoT may be our greatest security threat, especially moving forward. The article pointed out:

The interconnected devices that are automating so many consumer and business tasks will present hackers with nearly unlimited numbers of vulnerable targets. . . . From networked power switches in our homes to CCTV systems streaming video of stores and schools, these “smart” devices are being sold with astonishingly outdated security, Lyne said. 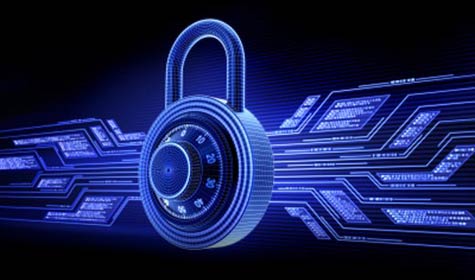 The industry you are in may be coloring your views of the IoT and security, a recent Tripwire study found. For example, an eWeek story, discussing how the IoT could affect security budgets, pointed out: