Advice for Laid-off IT Pros: Don’t Diminish the Importance of References

Overcoming Shortcomings During a Job Interview

I met a former IT professional named Jerry yesterday. I don’t know what Jerry’s last name is, but it doesn’t matter. What does matter is that Jerry is in his 60s, and he can’t find a job in IT. And it matters that there are way too many Jerrys.

Jerry drives for a limo service in New Jersey, and our chance encounter came when he picked me up from a meeting to take me to the airport in Newark. We had plenty of time to chat as we sat in traffic on the Garden State Parkway, and I learned that his career as an IT pro working for Volvo came to a screeching halt a few years ago when Volvo consolidated its data centers in Greensboro, N.C. That consolidation made Jerry expendable. After he was laid off, he tried working as an independent IT consultant for a while, but he was unable to make ends meet. So now he’s a driver for a limo service—a good job, and one that any number of people would love to have. But I could tell that Jerry didn’t find it all that fulfilling.

As Jerry told his story, I was reminded of a book I had recently come across, titled “Super Job Search IV: The Complete Manual for Job Seekers & Career Changers.” Written by Peter K. Studner, a former corporate executive who now does career counseling, the book contains some really helpful, practical advice for the Jerrys of the world.

A topic in the book that I found especially interesting, simply because it seems to be so frequently neglected by job seekers, has to do with the importance of placing a higher emphasis on selecting the right job references.

“When a potential employer checks your references, it’s because they’re serious about hiring you,” Studner says. “And especially in today’s competitive market, a single lukewarm reference can kill your candidacy. The good news is, by choosing your references thoughtfully and talking with them before giving out their contact information, you can guide the process in your favor.”

Here are a few of Studner’s tips on what to consider: 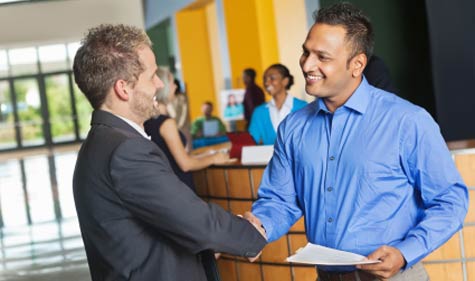 To help guide that discussion, Studner has come up with a list of common questions that potential employers might ask your references: