4 Ways IT Can Better Align Itself to Fulfill Business Needs

Every day, it becomes increasingly clear that the IT-makes-all-the-technology-decisions model is as outdated as dial-up Internet access. From executives demanding that IT investments deliver concrete business results to end users bypassing IT departments by signing up for services like AWS, Dropbox, Office 365 and Yammer, the days of IT exercising absolute control over technology spend are over.

The question, of course, is: now what? We all know Gartner’s prediction that 90 percent of IT spending decisions will be made outside of IT by 2020 as individual business units define their own technology needs. We all talk about shifting to an IT-as-a-service model in order to adapt. But the whole mindset has to change before IT can reinvent itself to fit the new role it is expected to fulfill. In this slideshow, Peter Kraatz, senior manager of cloud service management and IT resiliency at Datalink, has outlined four steps to help you get there.

Peter Kraatz is senior manager of cloud service management and IT resiliency at Datalink, a leading data center solutions and services provider for Fortune 500 and mid-tier enterprises. Click through for four steps IT can take to readjust its focus to better align itself to support business goals, as identified by Peter Kraatz, senior manager of cloud service management and IT resiliency at Datalink. The disconnect between IT and business is at the heart of today’s rebellion against traditional IT operations. Many IT teams literally don’t understand business terminology or the questions to ask to meet business needs, creating a recipe for failure.

Example: One of Datalink’s consulting teams was called on to assist a client whose storage team had planned for a 10 percent increase in storage needs but instead found itself with a 400 percent explosion in demand. The client didn’t understand where the surge had come from and had not deployed the infrastructure to handle it. When the consultants spoke directly to the business units, they discovered that the IT team had made two errors in forecasting their storage requirements because they didn’t “speak business.”

With miscommunications like these, it’s no wonder that business units are at loggerheads with IT departments. It may be unrealistic to ask IT to learn the lingua franca (end users, after all, don’t have a clue about TiBs, speeds or processors – nor should they have to – so why should the shoe need to be on the other foot?), but a practical alternative is to appoint a marketing employee to serve as liaison between IT and business. Marketing personnel already “speak business” and know how to translate complex messages into audience friendly terms. The consultants have seen this work, creating a truce between the two sides. 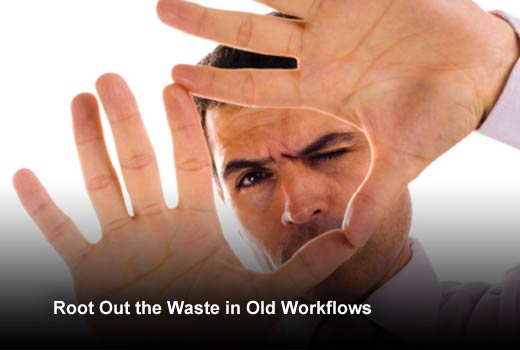 Root Out the Waste in Old Workflows

Over time, most IT shops develop quasi-formal workflows that dictate the steps followed to complete different tasks. These often ossify into we-always-do-it-that-way routines that become permanent fixtures of the IT operation, even in the face of technology changes, organizational shifts or inefficiencies in the original processes themselves. That, in turn, can undermine efforts to operate at the speed that today’s users expect.

Example: A pharmaceutical company was receiving numerous complaints about the average three to four weeks it took to fulfill requests for compute, storage and network resources. No one understood why it took so much time until the team analyzed their workflow.

As a fringe benefit, the work processes that are now understood and documented will form the foundation for future automation projects designed to produce even faster response times. Service catalogs have been around for 15+ years, but IT teams typically use them to guide internal operations. Many organizations fail to create a customer-oriented catalog that helps both internal and external customers understand what business services IT actually offers, what those services cost, how they will perform and the limits on their use. And that causes problems.

Example: Datalink recently completed a project at a multi-national marketing company. The client was perplexed by the skyrocketing cost of their backup environment, which they provided to their customers as a service. They thought the problem was related to the hundreds of thousands of pieces of tape media they were storing indefinitely, but weren’t sure how.

Datalink discovered there was no actual catalog of services for the client detailing SLAs, specifications, costs, limitations and the like. They built a catalog including all of those details plus a unit cost model per backed-up GB per month. This is saving the client money as well as improving their customers’ satisfaction for several reasons.

The value of the catalog is so clear that this client is now adding a new role within IT to keep it up to date. This individual will identify new customer requirements that fundamentally change the services delivered and how they are shown in the catalog, helping to nip future problems in the bud as well as creating a framework for building a consumer-facing IT portal. 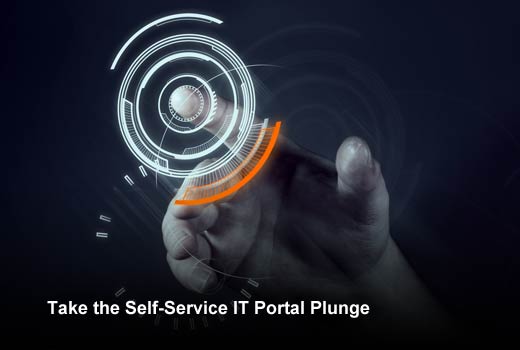 Take the Self-Service IT Portal Plunge

Although self-service IT portals are widely regarded as the antidote to shadow IT because of their ability to consumerize the IT service experience and accelerate service delivery, relatively few organizations have rolled out this strategy for processing end-user IT requests. Until they do, business units will continue to turn to third-party sources to get the technology services they need, compromising governance and security while also creating a fragmented technology environment with all of the associated inefficiencies.

Example: Datalink recently completed an engagement with a bank on the East Coast that was grappling with shadow IT issues. Users were going to AWS, Dropbox and other services because the IT team could not deliver needed services fast enough. As a bank, the customer could not allow data to leave the company so the goal was to bring rogue business units under control.

Making these four changes will go a long way toward reshaping IT shops to accommodate shifts in the technology landscape and end-user expectations. IT may no longer be the gatekeeper on how technology funds are spent, but it can still hold the keys to getting business units what they want and need. Put the right processes in place, and you’ll be ready to meet the challenge.

Previous articleThe EMC/Dell Merger: Whole Greater Than the Sum of the Parts
Next articleThe Role of IT in the Cloud Era